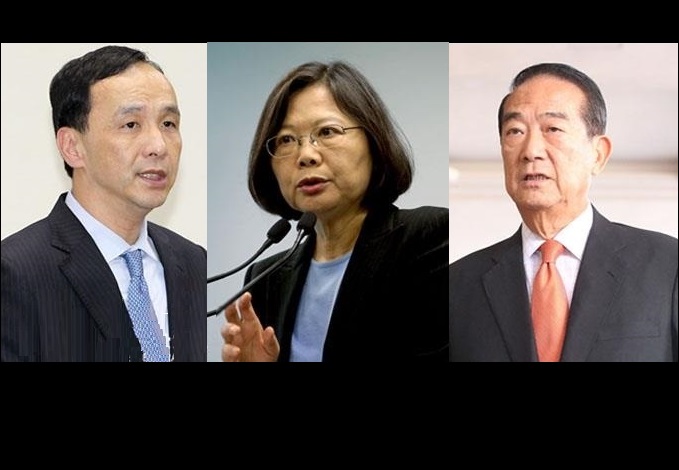 TAIPEI (Taiwan News) – The three presidential candidates will debate each other live on television on December 27 and on January 2, while their running mates will spar on December 26, reports said Friday.
The accord was reached after talks between Sanlih Entertainment Television, which had originally wanted to schedule a debate, the consortium including Public Television Service, the Central News Agency and the four Chinese-language newspapers the Apple Daily, the United Daily News, the Liberty Times and the China Times, and online media companies Watchout and Google.
The agreement follows weeks of heated exchanges with the Kuomintang and the Democratic Progressive Party accusing each other of wanting to avoid debates altogether, even though virtually every direct presidential election since 1996 has featured the live televised events.
The DPP said all parties had agreed to an invitation by Sanlih, while the KMT recently expressed a preference for the PTS group.
The three vice-presidential contenders will come on first, on Sunday December 26. Former labor minister Jennifer Wang, Academia Sinica Vice President Chen Chien-jen and Minkuotang Chairwoman Hsu Hsin-ying are all almost completely new to high-profile elections, even though Hsu was elected legislator.
KMT Chairman Eric Liluan Chu, DPP Chairwoman Tsai Ing-wen and PFP Chairman James Soong will face each other on two occasions, on Sunday 27 December and Saturday January 2. Each debate will start at 2 p.m.
Most opinion polls for the January 16 election have given Tsai a lead of more than 20 percent over Chu, with Soong trailing far behind in third place.