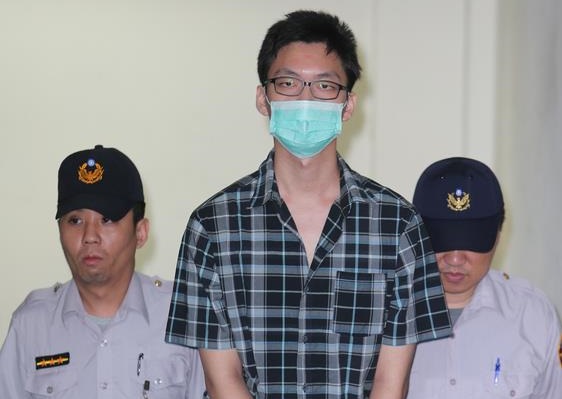 Verdict for MRT attacker on Dec. 25

TAIPEI (Taiwan News) – December 25 will see the Shilin District Court give its verdict on the man who stabbed four passengers at the Zhongshan Mass Rapid Transit station, reports said Friday.
The July 20 attack by Kuo Yen-chun was the second major incident to hit the Taipei MRT after a student named Cheng Chieh killed four and injured more than twenty on May 21 last year.
Kuo, 27, used a fruit knife in an attack on three women and a man on an MRT station escalator. He was overpowered by guards and by members of the public before he could kill anyone or leave the station.
Prosecutors, who charged him with murder, said at a court session Friday that they hoped the verdict would be severe in order to discouraging others from endangering the safety of MRT passengers. As the situation stood now, passengers didn’t have even the most basic feeling of security, prosecutors were quoted as saying.
Kuo’s attorney told the court that his client had been mistreated by relatives and therefore had internalized violence, leading him to lose control and erupt on a day he felt frustrated.
Kuo, who has been in detention since the attack, appeared in court Friday. He said he regretted his actions and had no intention to kill anyone, despite earlier statements that if nobody had stopped him, he would have killed everybody around him.
A prosecutor said he was only changing his story because he feared a heavy sentence next Friday.
A report presented earlier in the week concluded that Kuo should be responsible for his actions at the MRT station, though it stated that illegal drug use had influenced his mental condition.
His attorney demanded more thorough tests because the report did not say whether there was a risk that Kuo was likely to commit further such crimes.
Last October, the Taiwan High Court upheld a district court death sentence for the earlier attacker, Cheng, 21.