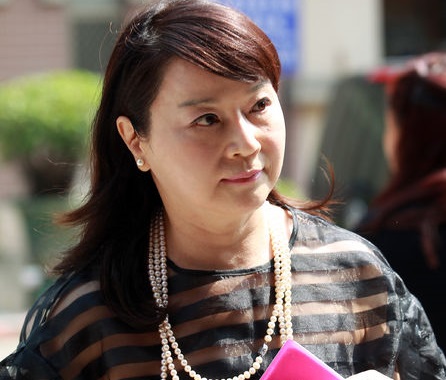 TAIPEI (Taiwan News) – Talk show host Clara Chou was indicted for aggravated defamation Friday over her allegations that President Ma Ying-jeou accepted NT$200 million (US$6 million) from controversial food producer Ting Hsin International.
Ting Hsin is the company at the center of numerous accusations concerning the adulteration of cooking oil with ingredients unfit for human consumption. Chou herself has been no stranger to controversy, already facing legal action over her allegations of illegal political donations by one of the country’s top tycoons.
At the conclusion of its investigation, the Taipei District Prosecutors’ Office judged that her accusations against senior figures such as Ma and Ting Hsin were unfounded and not based on any evidence, so it decided to file charges against her Friday.
Last December, Chou used talk shows and websites to make various comments about Ting Hsin, saying former presidential secretary-general Lo Chih-chiang had dubious relations with the company, while financier Benny Hu was close to both the corporation and to the president. Several of the people she mentioned filed legal action against her, resulting in Friday’s indictments.
Chou herself said prosecutors should investigate the connections between Ting Hsin, Hu and Ma because she was unable to find the details on her own. She had only been making the comments because she wanted society to pay attention to the issue, she said.
As a veteran news person, Chou should know that her comments would carry far and wide, so she should bear the responsibility to seek out and confirm statements by sources, prosecutors said. Her accusations could damage the reputation of individuals, but she was unable to offer evidence, so it was clear she had a case to answer for defamation against Lo, Hu and Kuomintang Central Standing Committee member Lo Ta-pei, according to prosecutors.
Lo responded to Friday’s charges by saying he would his legal action to the end and would not discuss a settlement with Chou.