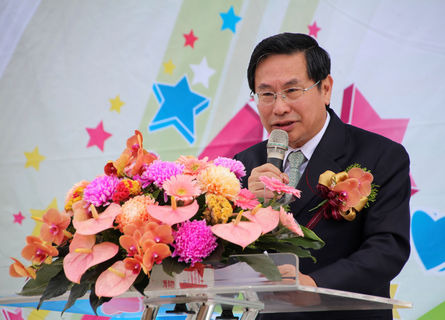 Chiayi City Thursday inaugurated a PV system installed on the rooftops of 38 school and government buildings. The system is estimated to generate 3,550,000 kWh of electricity a year.

Twu said the city has an average of 5.7 hours of sunshine a day, and therefore he has been promoting installation of PV systems and development of renewable energy in the city since his inauguration.

The city’s environmental protection bureau said the first PV system installment on the rooftops of the 38 public buildings has a capacity of 2,896.45kW, which can generate 3,550,000 kWh of electricity and cut 1,700 tons of carbon emission a year.

The bureau said the city leases public rooftops to private companies for installing PV systems, so the city does not have to pay for installation and maintenance costs. The city will have a profit of NT$77 million in return over 20 years, which will be allotted for use by the PV system managing units, the bureau added.
.