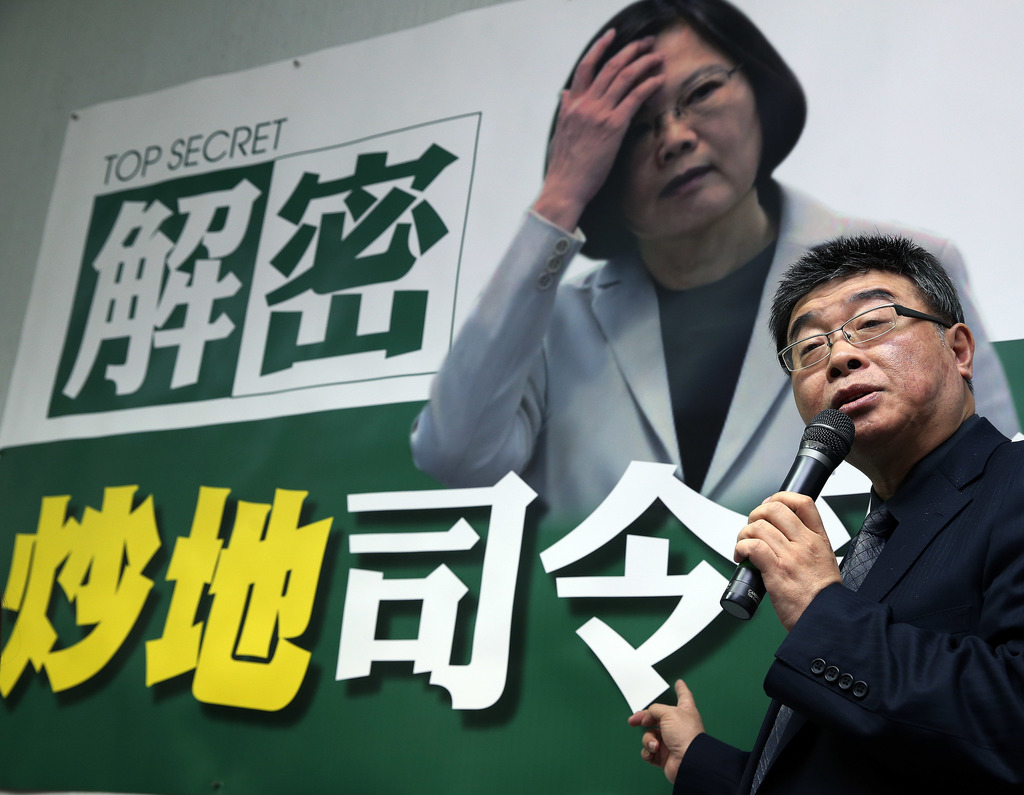 The past week has seen the KMT repeatedly question Tsai’s finances, accusing her of engaging in land speculation. On Wednesday, the DPP also responded by calling on KMT presidential candidate Eric Chu to publicize his finances and explain an increase in personal assets.

Former legislator Chiu Yi also mocked that he hopes Tsai will not turn the Presidential Office into a “land speculation” headquarter if elected.

KMT legislative candidate Hsieh Lung-chieh criticized Tsai by saying that “if you do something bad, people will inevitably hear about it.”

“The facts are clear, it is recorded in official documents, yet the KMT is still making baseless allegations,” DPP Legislator Tsai Chi-chang said.

“I strongly urge Chu to watch over his men, and to urge them to stop using defamation tactics as a way to win votes,” he said.