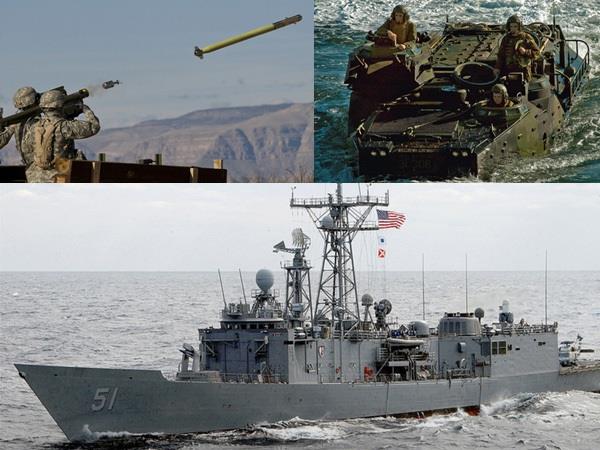 Despite strong opposition from China, the U.S. administration has approved its decision to provide Taiwan with an arms sales package worth US$1.83 billion, according to a statement from the Ministry of Foreign Affairs (MOFA) issued late Wednesday.

Hailed as the first of such sales in four years, the Obama administration on Wednesday formally notified Congress of the arms sales package to Taiwan.

“Rather than an impediment to cross-strait relations development, the arms sales has increased Taiwan’s confidence for cross-strait exchanges, and ensured cross-strait peace and stability,” MOFA said in the statement.

According to the Taiwan Relations Act and the Six Assurances that the U.S. made to Taiwan in 1982, the U.S. will supply Taiwan with arms that could maintain a sufficient self-defense capability.

The MOFA also stressed that, “the scale of arms sales highlights the long-standing friendship and common interests between the U.S. and Taiwan, and that the two will sustain the partnership and contribution to the regional peace and stability.”