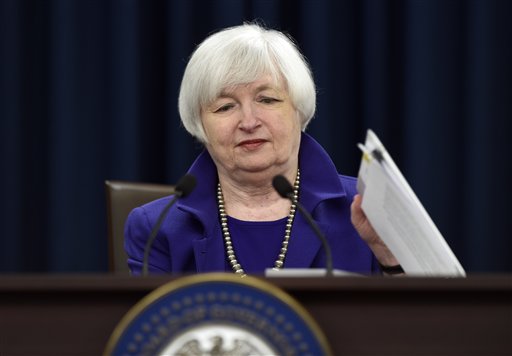 Why the Federal Reserve hiked rates

WASHINGTON (AP) — The Federal Reserve raised short-term interest rates from record lows on Wednesday. Long hinted at by Fed Chair Janet Yellen, the move signaled the beginning of the end of a period of extraordinary support for the U.S. economy in the aftermath of the 2008 financial crisis. Here's a guide to what the Fed did: WHAT HAPPENED The Fed raised its federal funds rate — the rate that banks charge each other for overnight loans — from near zero. The modest move increased the range for the funds rate from between zero and 0.25 percent to a range of 0.25 percent to 0.5 percent. WHY THE FED ACTED The central bank is duty-bound to maximize employment and keep prices stable. With unemployment at a low 5 percent, Fed officials decided that the economy is strong enough after seven years of record-low rates to withstand modestly higher borrowing rates. But inflation has remained well below the Fed's 2 percent target, a level considered necessary to encourage healthy spending levels. Yellen said Fed officials are "reasonably confident" inflation will reach that target as the effects of falling oil prices and a stronger dollar fade. She said the Fed needed to act now before the risk of accelerating inflation becomes a threat to economic growth. WHY IT MATTERS The increase will lead to slightly higher rates on things like credit cards and home equity lines of credit. But the Fed's action will probably have little effect on rates for homes, cars or college debt, at least in the short run. Those rates aren't directly influenced by the Fed's benchmark rate. "Very, very small impact," said Beth Ann Bovino, U.S. chief economist at Standard & Poor's. Less than 30 minutes after the Fed announcement, major banks began announcing that they were raising their prime lending rate from 3.25 percent to 3.50 percent. The prime rate is a benchmark for many types of consumer loans such as home equity loans. Wells Fargo was the first bank to announce the rate hike. WILL THE FED KEEP RAISING RATES? Not necessarily. The Fed plans to follow a "gradual" path. It will monitor the consequences of broader global pressures: Growth in China has slowed, Japan has barely skirted recession, Brazil has been collapsing and Europe is struggling. A weaker global economy could further dampen inflation. That might then prompt the Fed to delay further rate hikes. But if hiring stays at a healthy pace and prices rise as consumers spend more, then the Fed seemed to indicate that it would raise rates more quickly. The "actual path of the federal funds rate will depend on the economic outlook as informed by incoming data," Fed officials said in a statement.