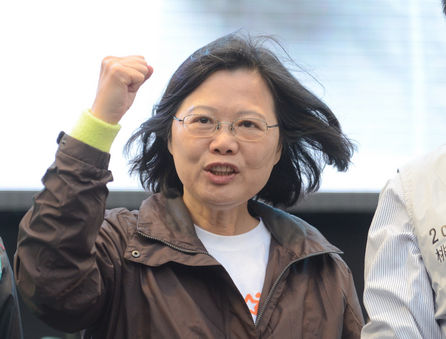 Democratic Progressive Party presidential candidate Tsai Ing-wen said Wednesday that the KMT had gone overboard by attacking her with properties not under her name, warning her opponents of legal responsibility.

To extend the land speculation allegation against Tsai that had continued for a few days, former KMT legislator Chiu Yi and two KMT lawmakers on Tuesday accused Tsai, her brother and seafood restaurant chain Hai Pa Wang president Chuang Jung-te of speculations in buying and selling land plots in Taipei’s Songshan Districts back in the 90’s.

On Wednesday Chiu told a press conference that Tsai and her partners bought and sold 5 more land plots in Songshan than the ones mentioned one day earlier.

Responding to the latest accusation while attending a DPP Central Committee meeting in Hsinchu, Tsai said, “They used properties not under my name for media hype; this has gone a little overboard.”

“The land plots he mentioned today have nothing to do with me; I am not the owner,” Tsai said, warning the accuser of legal responsibility for making false accusations.

Earlier DPP spokesperson Juan Chao-hsiung said in a press release that Tsai was not the owner of the other land plots the KMT mentioned today.