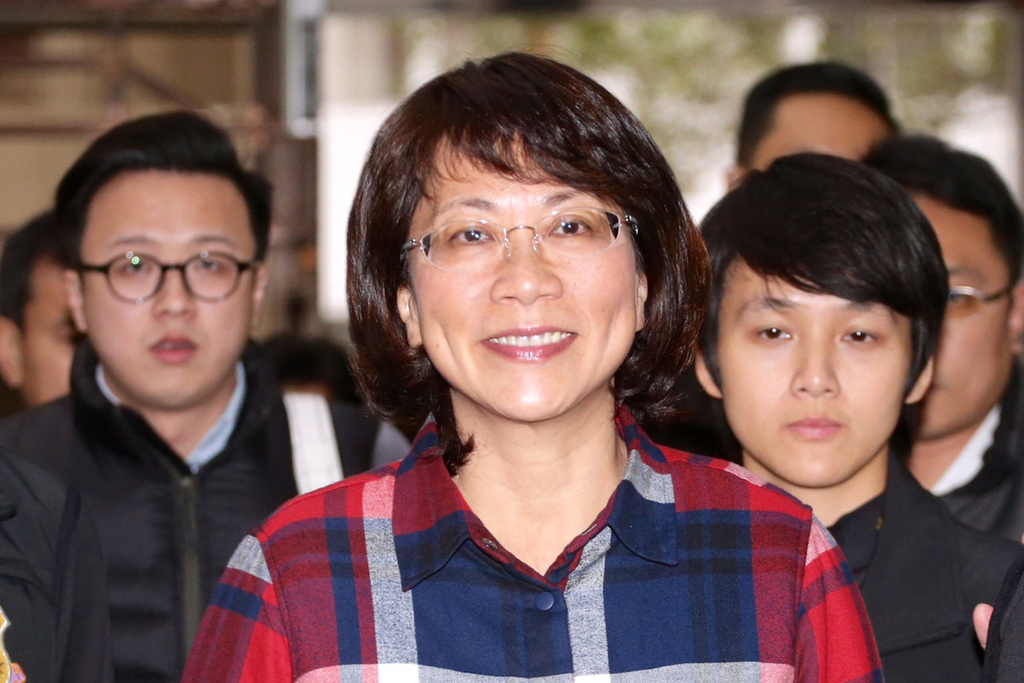 TAIPEI (Taiwan News) – Prosecutors summoned Kuomintang vice-presidential candidate Jennifer Wang to appear for questioning Wednesday afternoon in the case surrounding allegations of real estate speculation.
The former labor minister admitted she had bought twelve military apartments and resold nine of them at a profit, but she denied having broken any laws. Democratic Progressive Party lawmaker Tuan Yi-kang accused her of having indulged in even more speculation, but Wang sued him for aggravated defamation. Wednesday’s hearing was the next step in her legal action against Tuan, reports said.
The opposition lawmaker said he was scheduled to visit the prosecutors next week.
The allegations against Wang, who was once a renowned labor rights and women’s rights activist, have damaged the KMT’s presidential campaign. Party chairman Eric Liluan Chu picked her as his running mate in order to attract more socially minded voters, but the controversy over her real estate dealings have helped to keep the KMT ticket at around 20 percent in opinion polls, reports said.
Before heading to the prosecutors’ office Wednesday, Wang told reporters that she had been the victim of misunderstandings, which she would be able to clear up before prosecutors and in court.
The former minister reiterated that she was a person who respected the law, and that she had not done anything illegal by buying the military properties and reselling them. Three of them were still registered under her name and in the names of her mother and sister.
After the allegations surfaced, she moved out of a low-rent government apartment, while her husband, Huang Tung-hsun, resigned from his position as head of an anti-corruption department at the Judicial Yuan. Responding to questions about why he had still not left his function, she said that Huang had needed to file a written request after having first only tendered his resignation verbally.
On Wednesday, the list also became known of the charity organizations she planned to donate her NT$13.8 million (US$420,700) in profits from the transactions to. There were 43 organizations, including the Legal Aid Foundation which would receive NT$1 million (US$30,400), while the others would be given between NT$200,000 (US$6,000) and NT$500,000 (US$15,000) each, reports said.
In a statement Wang said that even though many of the groups were not known by the public at large, those were the organizations which helped out on the ground level.