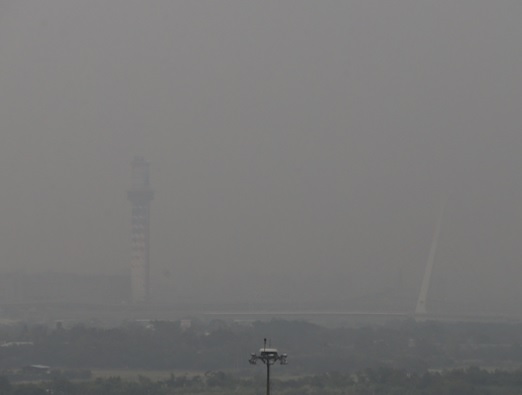 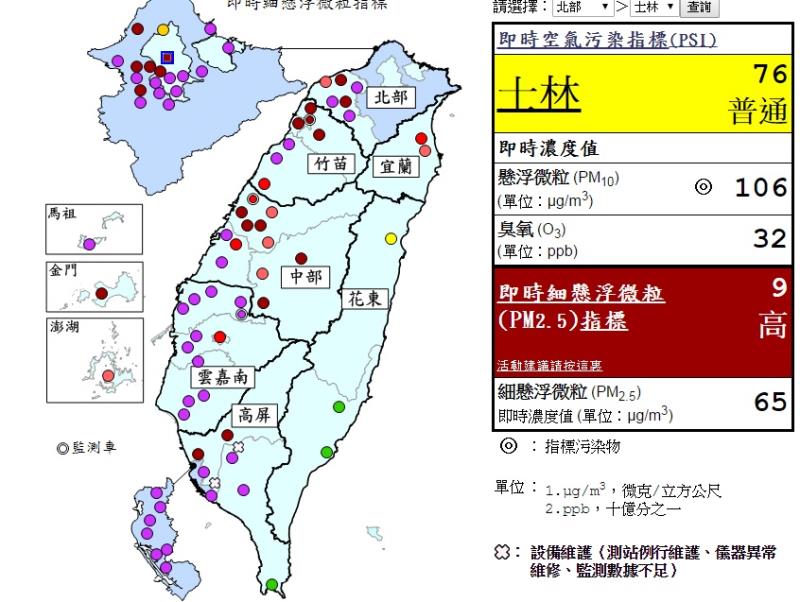 The Environmental Protection Administration (EPA) advised residents with chronic lung problems and heart diseases to limit their outdoor activities as the air quality nationwide will remain extremely poor in the next two days, reports said Wednesday.

Blanketed by the continental cold air mass from China, the cold front currently moving southward through Thursday will also bring high levels of PM2.5, the EPA said, warning its citizens to wear a mask when going outdoors.

The key indicator measuring levels of the pollutant PM 2.5 has reached brown (level 9) in Taipei’s Shihlin district, and will gradually increase to a hazardous level 10 island-wide later in the day, it said.

The country's 10-tier PM 2.5 index – 10 being the highest – is defined as air pollution that contains fine particles smaller than 2.5 millimeters in diameter and is linked to several chronic health problems.

According to the EPA, level-10 PM 2.5 concentrations exceed 56 micrograms per cubic meter and are considered hazardous, and measurements above level 7 are deemed severe enough to cause tangible discomfort and health problems.

Meanwhile, the administration said that by this afternoon, the entire nation would see hazy conditions because of the cold front, while air quality gradually worsens nationwide.