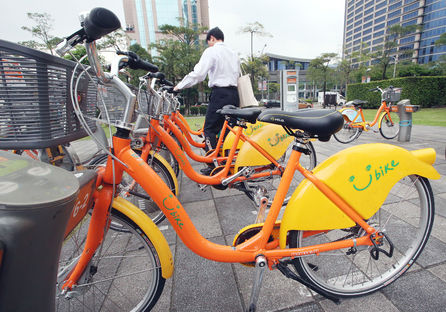 The Taipei City Department of Transportation will open another four new rental stations Wednesday for the YouBike, the city's public bicycle rental system.

The additions will bring the total number of stations in the city to 200 and the number of public bicycles in service to 6,538, the department said.

The department has previously said that it is planning to further increase the number of YouBike rental stations in the city to 306 in 2016. (By Huang Li-yun and Y.F. Low)