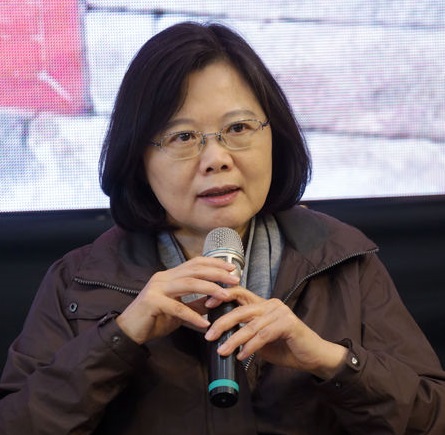 TAIPEI (Taiwan News) – Democratic Progressive Party presidential candidate Tsai Ing-wen said Tuesday that due to widespread public doubt, there was no room to open up Taiwan’s semiconductor sector to investment from China.
Her comments followed the high-profile campaign by China’s Tsinghua Unigroup to buy stakes in Siliconware Precision Industries Co. (SPIL), the world’s largest chip packager and tester, and in chip designer MediaTek.
As the takeover battle heated up Monday with Taiwan’s Advanced Semiconductor Engineering Inc. announcing it wanted to take 100 percent in SPIL, hundreds of academics and professionals have signed a petition calling on the government to drop plans to open up the country’s chip sector to Chinese investment.
Tsai said Tuesday that as public fears that Taiwanese technology was about to flow away to China were considerably deep, there should be no room for opening up the semiconductor sector as long as no wider consensus had been reached.
She pointed at the influence of the Chinese authorities over Tsinghua Unigroup, and pointed out the possible issues of Chinese control over the supply of raw materials to the chip sector because it would pose a grave threat to the whole of the Taiwanese sector. The Chinese company was trying to muscle its way into several parts of the local chip industry by launching the takeover of stakes in more than one company, she said.
Tsai called on the present government not to act rashly on the issue of the SPIL takeover. Tsinghua Unigroup’s offer will have to pass several rounds of government review before it can go ahead.
The petition by academics and professionals against the opening of Taiwan’s chip sector to Chinese investment reportedly passed more than 600 signatories Tuesday, including Nobel Prize laureate Lee Yuan-tseh, reports said.