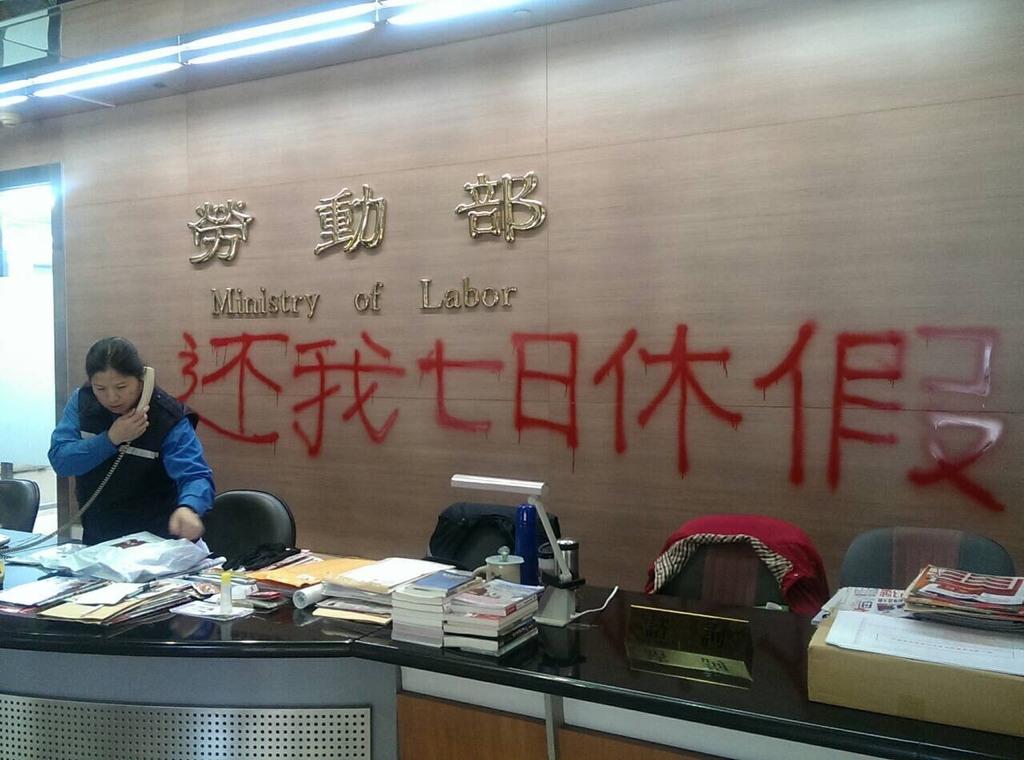 TAIPEI (Taiwan News) – Protesters stormed the Ministry of Labor and daubed red paint on its walls calling out against a government decision to cut the number of free days beginning next year.
The ministry recently decided to reduce the number of national days off for laborers to 12 from 19 as part of its general introduction of the 40-hour week. The change has also come under fire because for some staff, work on the original days off will no longer lead to overtime pay, reports said.
About 20 to 30 members of an organization calling itself the “2016 Front for Workers’ Struggle” entered the ministry building Tuesday morning and wrote slogans in red on its walls. “Give us back our seven days off, fake guarantees but real holiday cuts,” some of the slogans read.
The protesters demanded the MOL withdraw the changes and the minister himself come out to face them, or they would not leave the building. About an hour after they appeared, police with shields showed up to remove the activists from the area. Once they were outside, the MOL let down a metal barrier to shut them out, reports said.
Today was only the beginning, and the protests were likely to escalate and expand, the activists reportedly said.
The ministry expressed regret at the clashes and the use of red paint. The changes had been worked out after reaching the widest possible consensus during consultations with ten national labor groups and many economic associations, according to the MOL.