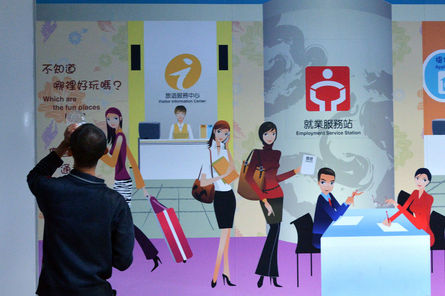 Nearly 80 percent of Taiwan's workers want to change jobs before the Lunar New Year, and they hope to see their salary increase by nearly NT$8,000 (US$244) a month, according to the results of survey by an online recruiting firm released Tuesday.

The survey found that two months ahead of the Lunar New Year, which falls on Feb. 8, 2016, 78.6 percent of respondents have considered changing jobs, up 7.3 percentage points from the previous year and the highest percentage since the financial crisis eight years ago.

Of those, just over three quarters said they have taken action by sending out their resumes.

The reasons cited for wanting to change jobs included low salary (40.3%), no chance of promotion (30.9 percent), the employer's lack of future prospects (30.5 percent), dissatisfaction with the job (28.2 percent), and no raises for too long (26.8 percent).

The survey also found that respondents hoped to see salary increases of NT$7,898 per month on average, up NT$426 from NT$7,472 last year.

Based on Taiwan's average regular salary of NT$38,631 in the first nine months of the year, that would represent an average salary increase of 20.4 percent. But many respondents also worried that leaving their current job early could hurt their year-end bonus, usually handed out by companies before the arrival of the Lunar New Year.

A separate survey conducted among employers found that the willingness of enterprises to recruit new people has fallen to a two-year low, but the starting salary they are offering to new hires has reached NT$30,000, a new high since the global financial crisis.

The silver lining is that the enterprises are offering a monthly starting salary of NT$30,577, NT$791 higher than last year's 29,796, reaching NT$30,000 for the first time ever in the survey and setting a new high since the financial crisis.

The main factor in choosing a new employee is work attitude, followed by ability, companies said.

The survey of employers collected 720 effective samples with a margin of error of 3.65 percentage points. (By Bernie Chiu and Lilian Wu)