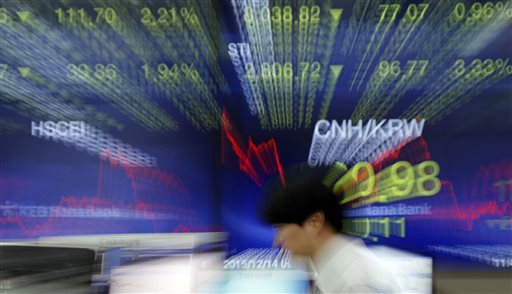 On December 16, the Federal Reserve is expected to conduct its first rate rise since 2006. Although the rise in interest rate marks the strong recovery of US economy since 2008, many investors are worried about the uncertainty that lies ahead in the fragile global market.

Despite a slump in oil and commodity prices that resulted in a near zero inflation rate in most developed countries and a downturn in global trade, Fed is most likely to announce a rise in borrowing cost. However, this possible outcome aggravated public concerns as investors brace for panic selling in Wall Street.

Legg Mason Brandywine Global says that the current market environment is not conductive to an interest rate hike. The environment in the US is not favorable to a rate increase due to a strong US dollar, nominal GDP growth problem and a flattening of the US yield curve.

“It would be a big mistake if the Fed lifted rates now because a rising dollar is already acting as a monetary tightening tool. Every 10% increase in the dollar has the same effect a 100 basis points-rate hike as inflation is contained given via cheaper imports,” said Co-Director of Global Macro Research Brandywine Global. He then added, “There is a nominal GDP growth problem in the US. Following the financial crisis, we see a fundamental problem: the US consumer stopped borrowing and consuming, creating a supply glut in Asia. Under normal circumstances, the Fed would ease policy in these conditions.”

Although the widely negative view on the rise in interest rate, some might argue that Fed is trying to control the lending of “hot money” to prevent financial bubbles. Over-leveraging caused by low interest rate would lead to major corrections if it stays low for too long.

Legg Mason Investment Director Amanda Stitt believes that global and Asian investors who expect the rise in interest rate are looking at alternative strategies to navigate the environment.

“Long credit and emerging markets could also offer opportunity, supported by moderate global growth. We believe a recession should be avoided as moderate US growth continues, European growth improves, China’s economy heads for a soft landing, along with low global inflation as well as accommodative monetary policies,” added Stitt.