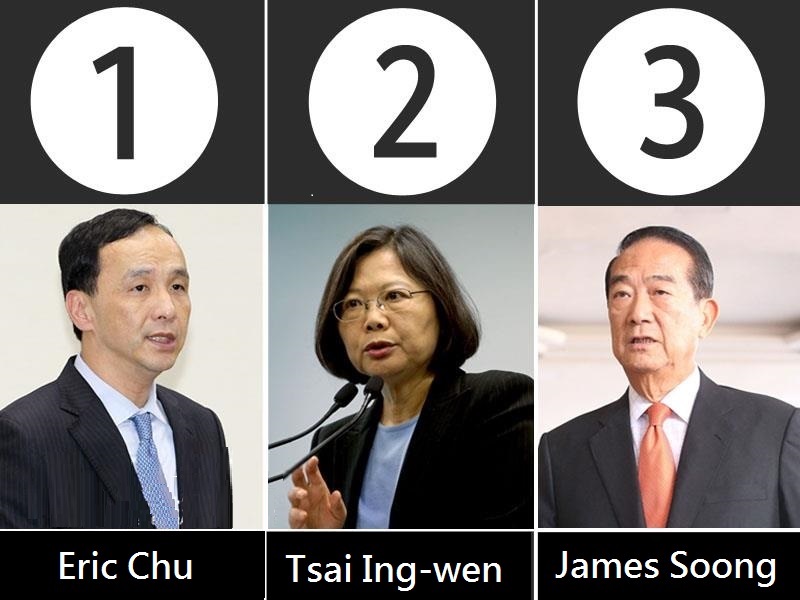 The January 16 elections, now 33 days away, will be held to elect the 14th President of the Republic of China, Vice President and members of the 9th Legislative Yuan.

With the candidates following the sequence in which they had registered, PFP Vice Chairman Chang Chao-hsiung drew first on behalf of his party candidates and got the number three.

Since neither Chu nor Wang attended the drawing, KMT Secretary-General Lee Shu-chuan drew for them, receiving the number one ticket.

On behalf of the DPP, Tsai's campaign chief executive officer Lin Hsi-yao drew the number two ticket, ending the ballot draw at the CEC in the morning.