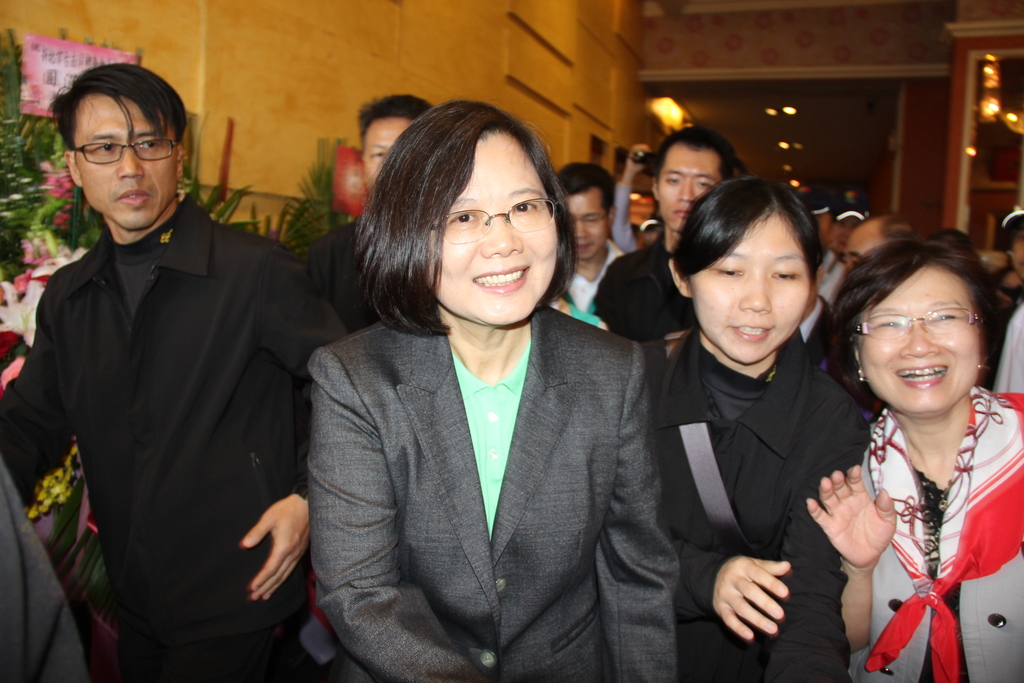 Tsai: reforms will begin once elected

Tsai said that with some 30 days away from the voting day, the DPP wishes to use the best policies and best teams to let all people in Taiwan know that she is the best choice.

After the DPP’s defeat in 2008, the party has got back on its feet, ruling 13 counties and municipalities with good results, Tsai said.

Tsai then touched on her plans on political, social and industrial reforms in Taiwan. She said that she has 5 plans for political reforms to make Taiwan’s politics freer from corruption, more efficient and better able to unite people in Taiwan.

On social reforms, Tsai said that she also has 5 plans. First, food safety will be well enforced; second, housing issues will be settled by social housing; third, the elderly will be taken care of by community care; fourth, the pension system will be reformed to make sure pensions for everyone; fifth, public security will be strengthened and drug use will be curbed, she added. “Taiwan will see a safe and secure society if these plans are well enforced,” Tsai said.

As for economic reforms, Tsai said that she will resurrect 5 key industries to create more opportunities for jobseekers and entrepreneurs alike, making Taiwan a promising land for the youth.

All these policies are not empty talks because each of them has been well planned, and people to carry out the plans have been found, Tsai said, adding that once she gets elected, the next stage to reform Taiwan will begin immediately.