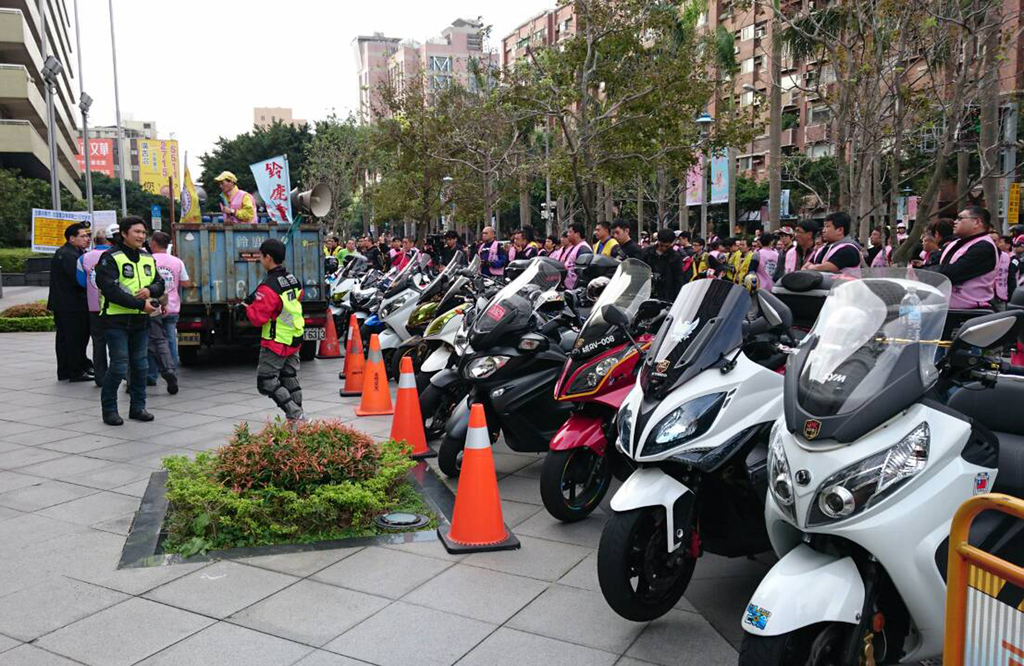 Bikers rev and roar at MOTC

TAIPEI (Taiwan News) – Over a thousand heavy motorbikes moved from the Taipei City Government to the Ministry of Transportation and Communications Saturday in a protest demanding the right to use freeways in Taiwan.
The protesters accused the ministry of still dragging its feet, four years after the Legislative Yuan reportedly agreed to let heavy motorcycles use major national roads and freeways.
The ministry’s Taiwan Area National Freeway Bureau responded to the bikers’ demands by saying that opinion polls indicated that a majority of the public opposed the free moving around of heavy motorbikes. As long as the ministry had not publicly declared a change in the law, it would be illegal for the bikers to use the roads, the bureau said.
Almost 1,500 motorbikes of more than 550 cc surrounded the ministry at one point, with the bikers revving their engines and blowing their horns.
If the ministry continued to stall, the activists said they might mobilize more than 400 bikers to stage protests on three freeways in the north, south and center of the country.
A spokesman for the bureau said that not only more than 60 percent of the public opposed the presence of heavy bikes on the freeways, but many transportation experts and local governments did too. If there were illegal protests, public opinion might even grow more negative toward the heavy motorcycles, the bureau reportedly said.