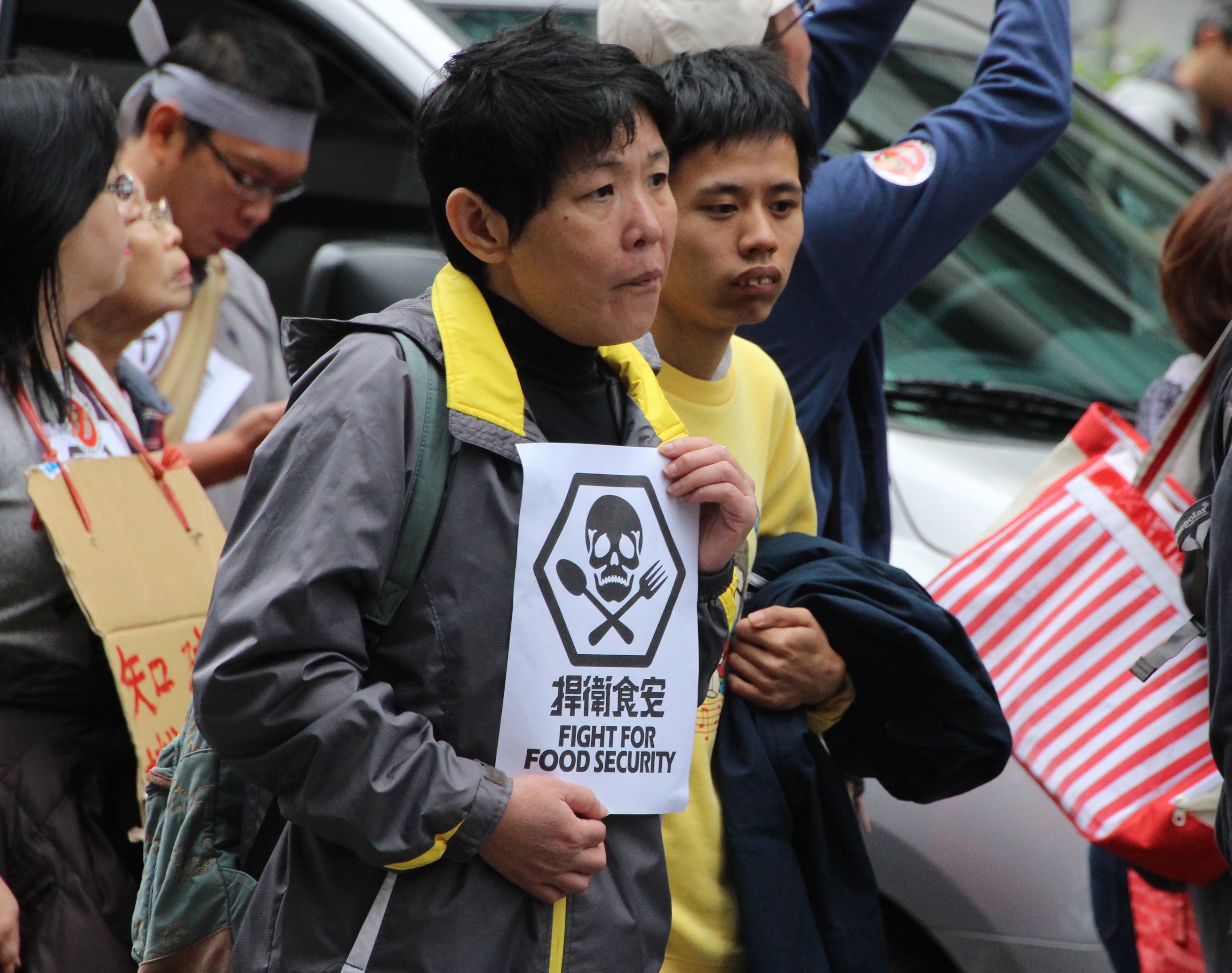 TAIPEI (Taiwan News) – Thousands of citizens wearing gray clothes took to the streets of Taipei Saturday to call for stronger measures to protect food safety while expressing their outrage at the not-guilty verdict for former Ting Hsin International Chairman Wei Ying-chung. On November 27, the Changhua District Court pronounced the tycoon and several other defendants not guilty of having used animal feed-grade oil from Vietnam to produce cooking oil for human consumption. Prosecutors have since filed an appeal against the court rulings, but public anger has continued to fester, giving new life to a consumer boycott of Ting Hsin products. At the head of Saturday’s parade, which took off from Ketagalan Boulevard between the Ministry of Foreign Affairs and the Taipei Guesthouse, a line of people held up a yellow banner proclaiming “If Ting Hsin does not collapse, food safety will remain a mess“ and “We want Ting Hsin to go bankrupt.” Many marchers also held up effigies of Wei in the middle of a marksman target. The organizers, led by a Facebook user named as Chang Jen-chi from Pingtung County, were hoping for at least 10,000 marchers. The color gray was chosen for the parade because it symbolized the silence of the protesters, Chang said. The event was scheduled to last for seven hours, with the 5.4-kilometer march ending back at its point of origin to be succeeded by a rally with music. Representatives of all major political parties were invited to explain their relevant policies and to sign a document promising to safeguard food safety. “We want to spend seven hours in return for obtaining lifelong food safety,” the organizers were quoted as saying.

Citizens wearing gray clothes take to the streets of Taipei Saturday to express their outrage at the not-guilty verdict for Ting Hsin. Some hold the poster written "FIGHT FOR FOOD SECURITY." They also predicted the formation of a “food security protection association” of academics and experts who would inspect and reveal violations. Protesters’ demands included changes to current legislation, a requirement for food manufacturers to put money into a food safety fund, a ban on former food safety officials from running food-related businesses and closer cooperation with other countries on relevant issues. An estimated 200 police officers were on hand to maintain security as the march winded its way through the capital. A video clip from the parade －by Taiwan News