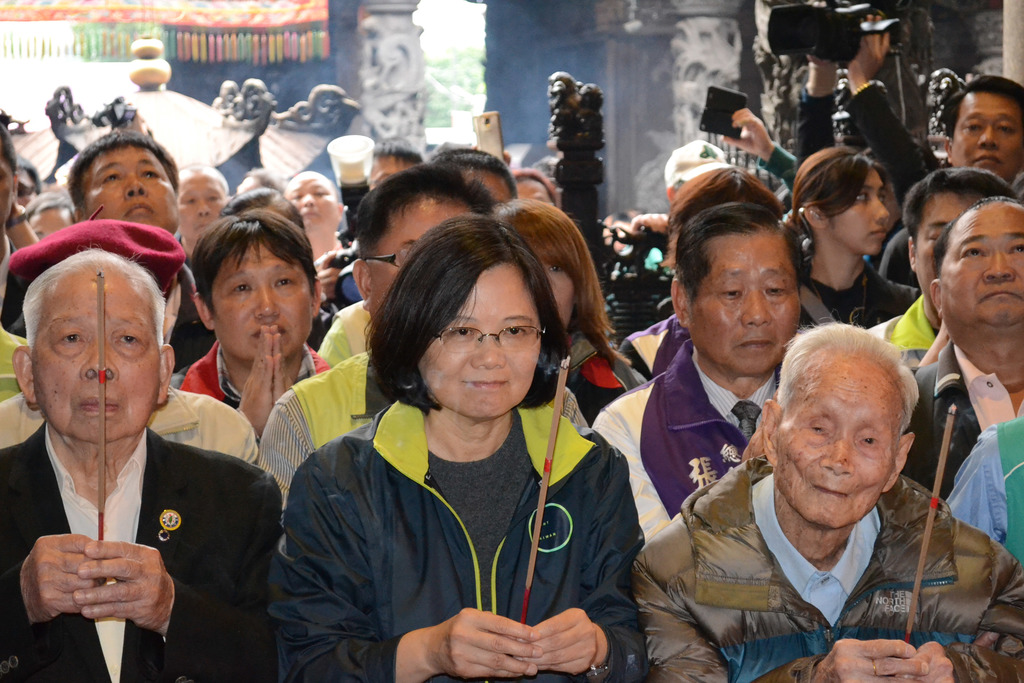 TAIPEI (Taiwan News) – Democratic Progressive Party presidential candidate Tsai Ing-wen called on the Kuomintang Saturday to stop its allegations about real estate speculation and return to real issues.
After KMT vice-presidential candidate Jennifer Wang admitted she had bought and sold nine military apartments for profit, ruling party lawmakers struck back by accusing Tsai of having made millions in land speculation too.
The opposition leader, who has built up a large lead in opinion polls for the January 16 presidential election, said recent KMT allegations were completely unfounded, as proven by official registration documents.
Tsai said the so-called information released by the KMT about the plots of land in Taipei City’s Neihu District had been proven to be wrong, with the size and the names of the participants in the transaction different from those registered by official documents.
The DPP chairwoman called on the KMT to stop being obstinate and to put an end to its groundless accusations.
At a news conference earlier Saturday, KMT lawmakers alleged Tsai had not only been involved in land speculation, but might also have evaded the payment of taxes on an increase in value of the land.
The DPP, at a news conference of its own later in the day, again produced official documents to show that the KMT lawmakers had not done the most basic research about the issue. Tsai had not owned the plots of land the KMT was describing, and therefore had certainly not made millions of profit on their sale.
The opposition party accused the KMT of lowering the quality of Taiwan’s democratic debate by sticking to its erroneous information.
At a campaign rally for a DPP legislative candidate in Taishan, New Taipei City, she warned the crowds that as on previous occasions, the KMT might try to launch sudden allegations during the final weeks of the campaign. She lost the presidential election in 2012, but this time around, voters should not be fooled again but use their ballots to teach the KMT a lesson, she said.