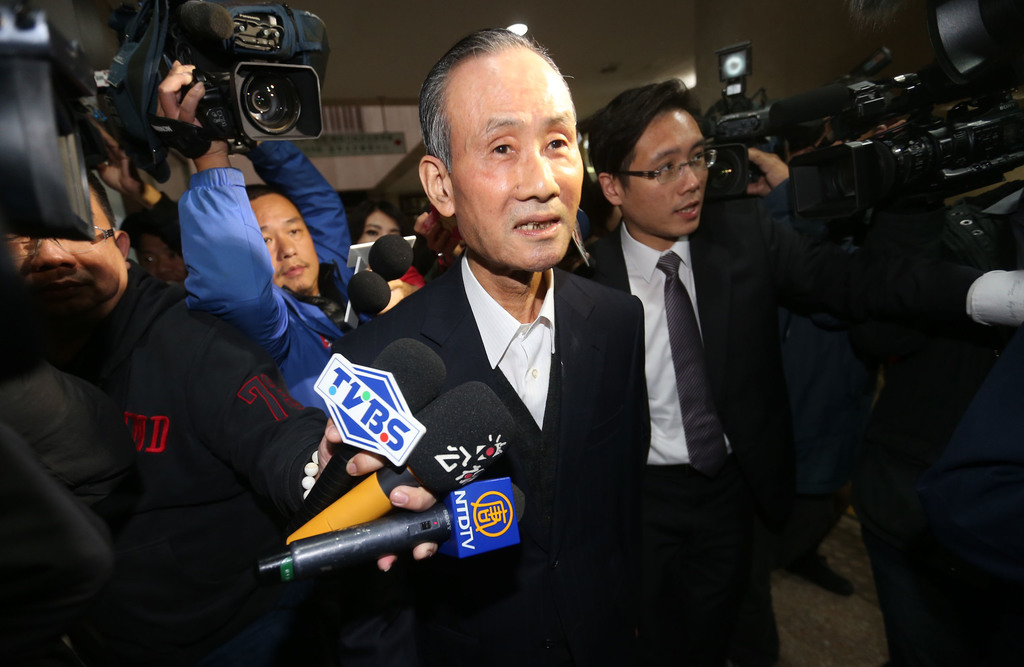 TAIPEI (Taiwan News) – Prosecutors questioned Farglory Group chief Chao Teng-hsiung Friday, one day after the tycoon changed his plea to guilty in a case involving the payment of bribes to government officials in return for development contracts.
The Taipei District Prosecutors Office reportedly wanted to know whether Chao also paid off Hung Chia-hung, a former chief secretary of the Construction and Planning Agency at the Ministry of Interior.
Chao is being investigated for a number of cases, mainly involving the urban renewal of military settlements in Hsinchu, Taoyuan’s Bade District, and Linkou in New Taipei City.
An attorney for the tycoon told reporters that in the case involving Hung, Chao had nothing to confess. After the tycoon left the prosecutors’ office, his former close associate Wei Chun-hsiung, who has also been indicted in bribery cases, arrived for a separate round of questioning.
Hung’s alleged involvement came to light during raids last October, with prosecutors suspecting he received more than NT$10 million (US$304,800) from the Farglory Group in return for awarding contracts on military housing projects in Hsinchu, Taichung and Tainan.
The case for which Chao and Wei changed their pleas to guilty Thursday centered on bribes for former Taoyuan County Vice Magistrate Yeh Shih-wen, who once also ran the CPA.
Over the past year, the Farglory founder has been hobbled by a number of scandals, investigations, detentions and disputes. His most high-profile problem has been the stalled Taipei Dome project, which has landed him in an intense war of words with the administration of Taipei City Mayor Ko Wen-je. His company has faced allegations of financial and safety violations on the project, which the city ordered to be shut down.