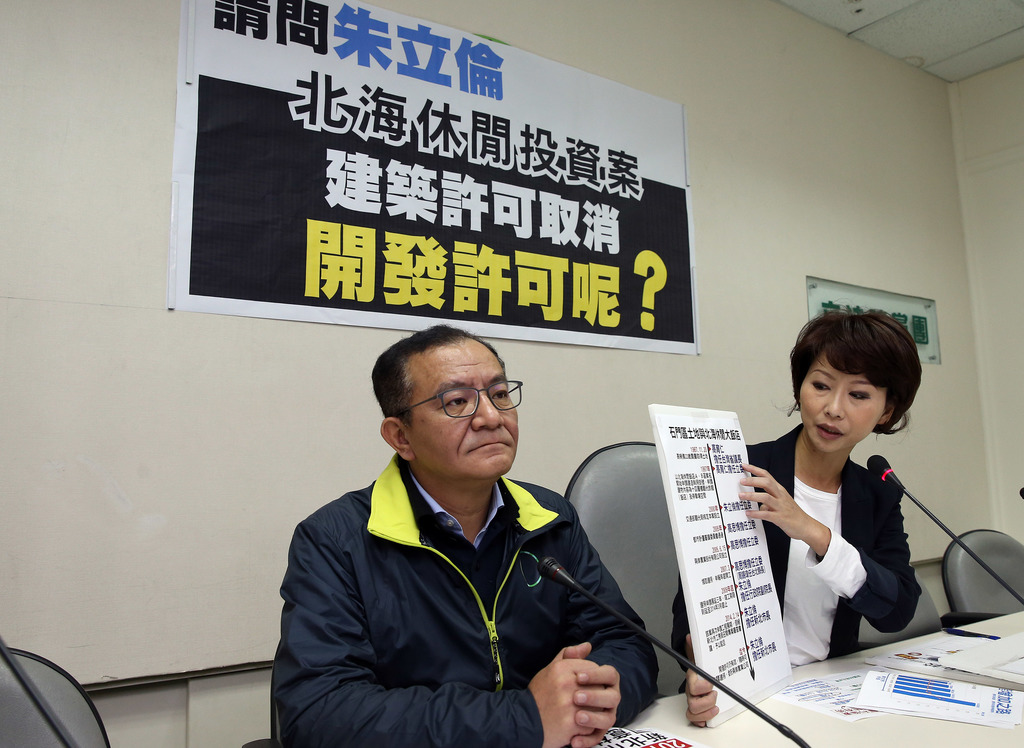 TAIPEI (Taiwan News) – The Democratic Progressive Party on Friday accused the wife of Kuomintang presidential candidate Eric Liluan Chu of irregularities in what looked like the latest episode in a war of words over real estate transactions.
Chu’s choice of vice-presidential running mate, Jennifer Wang, has admitted to buying military apartments to resell at a profit, though she claimed no laws were broken, while KMT politicians struck back by accusing DPP presidential candidate Tsai Ing-wen of real estate speculation.
DPP lawmakers on Friday alleged there were irregularities with a hotel project on Taiwan’s north coast where Chu’s wife, Kao Wan-ching, had a hand in. They accused her of pretending to launch the construction project while really only being interested in land speculation.
Kao owned a plot of land in the Shimen District of New Taipei City where she applied for a construction permit for a “North Sea Leisure Hotel” beginning in 1997. She obtained the license in 2006, but while Chu said it had lost its validity, he was unable to provide a clear explanation of the issue, DPP lawmakers said.
Chu and Kao needed to explain whether in addition to the construction license, there had also been a separate development permit, DPP legislator Chen Ting-fei said. The opposition party charged that the whole hotel project was an example of a false development, reports said.
The DPP also accused Chu, who serves as mayor of New Taipei City, of vetoing the development of a columbarium nearby because it would influence the value of the hotel project, while approving another pagoda project.
Chu responded to the latest allegations by saying the DPP politicians had not even done their most basic homework in researching the case, so he deemed their accusations unworthy of a reply, reports said.
The KMT said the opposition was picking up leftovers from previous election campaigns because they had made similar accusations when Chu was running for mayor of New Taipei City.