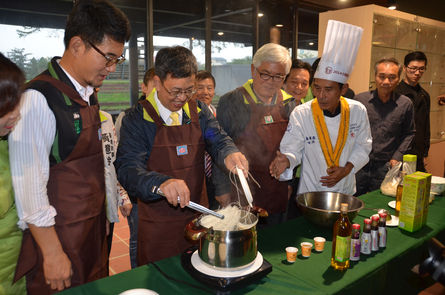 “We need your support to win a legislative majority next January,” Chen said.

The vice presidential contender was at a rally in Chiayi as he campaigned for the party legislator, who had helped establish a number of positive social welfare programs for its local residents.

“Lee is an upstanding legislator who returned home from abroad to stand for the people of Chiayi,” Chen said.

The DPP is prepared to become the ruling administration, the DPP presidential contender said during the campaign trail.

“We are seeking your continued support so that we can beat our political rivals in the January 16 elections.”