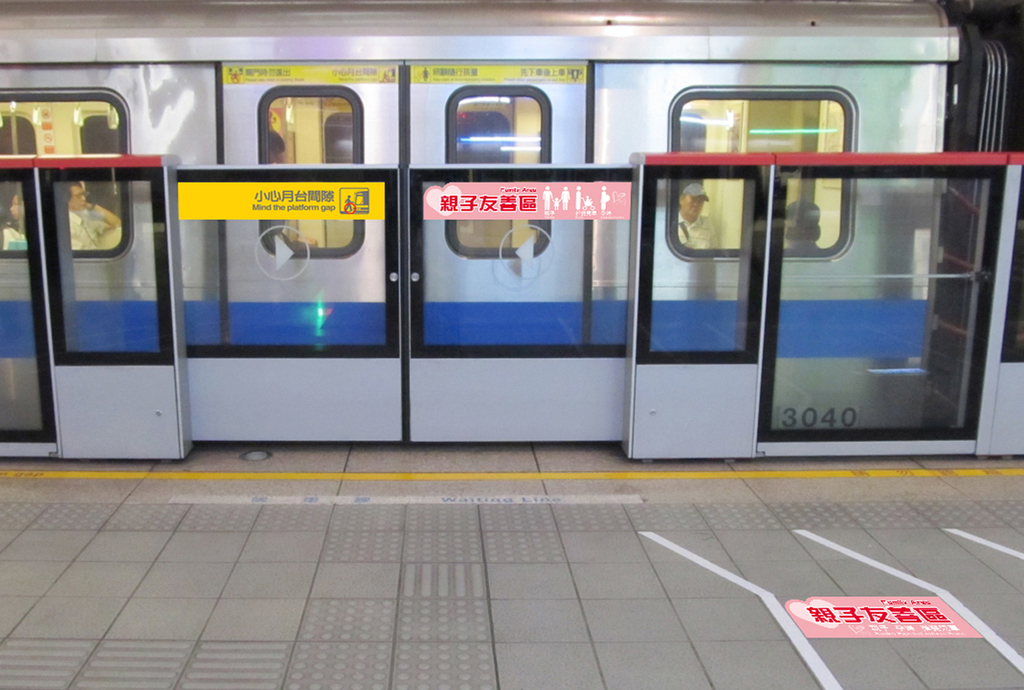 A new service of special seats reserved for pregnant women and parents with small children will be offered in the Taipei Mass Rapid Transit (MRT) system's Songshan-Xindian Line starting on Dec. 12, according to the Taipei Rapid Transit Corporation (TRTC) Tuesday.

This service is aimed at providing a better environment for passengers with baby strollers, parents with young children, and pregnant women on the MRT trains, the TRTC said.

The special areas will be designated between the fourth door of the third carriage and the first door of the fourth carriage, with 24 such seats offered on one train. The existing priority seats for the disabled and the elderly and others in need will not be affected.

Pink heart-shaped stickers will be used as a sign for this special area. Signs indicating the availability of such seats will be posted on train doors and on the platform.

The idea of offering this service is the same as the purpose of priority seats and priority escalators -- that people should be considerate and yield seats to passengers with special needs, the TRTC said.

If the new service on the Songshan-Xindian line turns out well as a pilot program, it will be made available on other MRT lines, the TRTC said. (By Huang Li-yun and Lauren Hung)