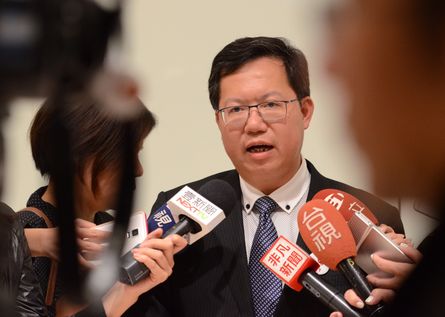 The Democratic Progressive Party aims to win the presidential race by 80,000 votes in Taoyuan City, said Taoyuan Mayor Cheng Wen-tsan in a DPP Central Committee meeting held in the city on Wednesday.

Taoyuan is traditionally a very challenging electoral district for the DPP as evidenced by the fact that the city has no DPP seats in the current legislature. The DPP convened its central committee meeting on Wednesday to boost the party's campaign there.

Tauyuan is the door to Taiwan and an important industrial center, Tsai said, adding that after the DPP takes power, she will turn Taoyuan into the Silicon Valley of the east in hopes of injecting growth momentum into the technology industry and helping local businesses prosper.

Mayor Cheng vowed to help Tsai beat her opponent by 80,000 votes and get all the 6 legislative candidates elected.