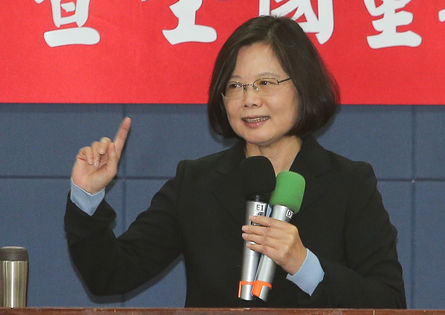 The DPP did not nominate any candidates in these 6 districts in the capital, so the party’s election strategy committee will soon decide on whether to support specific non-DPP candidates, Tsai said. If the DPP decides to do so, hopefully these candidates can work with the DPP to organize the “Capital Reform Front” in the future to help reform Taiwan, she added.

“If Ko would also like to help, we will welcome him very much,” Tsai said.

When asked if these non-DPP candidates will have to support the DPP presidential candidate, Tsai shrugged off the question, saying to talk about the matter after the election strategy committee forms an opinion.