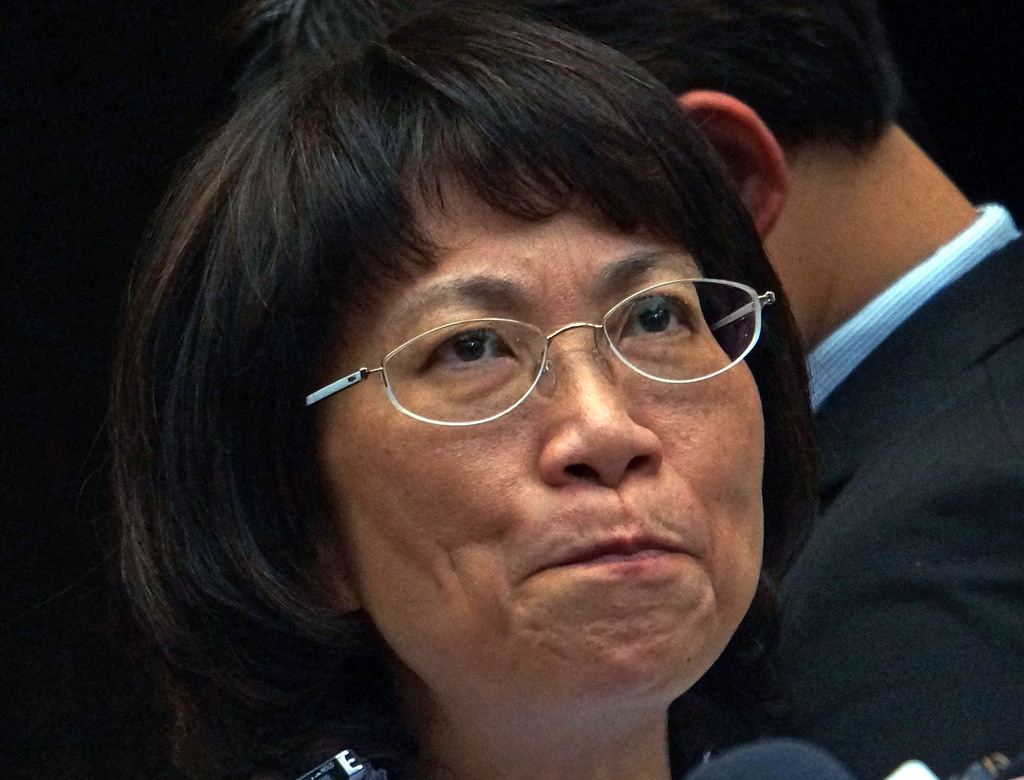 TAIPEI (Taiwan News) – Kuomintang vice-presidential candidate Jennifer Wang visited the Legal Aid Foundation Wednesday to discuss the donation she promised of her profits from reselling nine military apartments.
After weeks of allegations, Wang admitted on Tuesday that she had bought twelve apartments for low-income military families and resold nine of them for a total profit of NT$13.8 million (US$420,000). While apologizing for the practice, which she insisted was completely legal, she also promised she would donate the profits to charity.
Following her discussions with the Legal Aid Foundation Wednesday, she told reporters she planned to donate the money to the group to help veterans and their relatives with legal problems before, during or after the purchase of military apartments.
She compared her proposal to a project she had pushed during her time as labor minister, when the government paid the legal fees of workers who had been illegally laid off and had been unable to obtain their pension or severance payments. Wang said she wanted to emulate that program by having the Legal Aid Foundation assist buyers of military apartments in potential disputes with real estate agents.
Wang added she would also donate money to children’s and women’s welfare organizations to the tune of NT$500,000 (US$15,000) to NT$1 million per group and would make the details public within five days.
Opposition politicians said the vice-presidential contender should reveal all the details of her real estate purchases and sales, but Wang said that even if she did so, which was not a problem, there would still be doubts from her critics about whether or not her data were the truth.
The tax authorities said Tuesday they would investigate Wang’s real estate transactions to see whether or not she had evaded or avoided any payments.