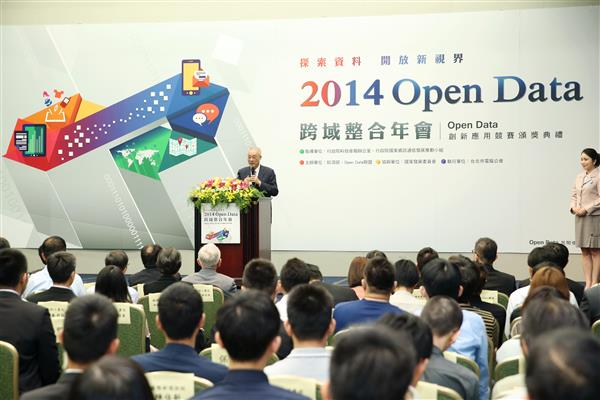 According to the Global Open Data Index, Taiwan’s overall Index ranking is up from the 11th position in 2014 to number one in 2015.

The Global Data Index measures and ranks the state of open government data around the world, and is conducted annually by the Open Knowledge Foundation (OKF), a British non-profit organization.

The Index ranks countries based on availability and accessibility of information in 10 key areas, including government spending, election results, transport timetables, and pollution levels, according to the OKF website.

In the 2015 Index, a total of 122 countries/places were ranked in the Index, with the top five being Taiwan, Britain, Demark, Columbia, Finland, and Australia.

After a National Development Council (NDC) briefing on the concrete results of the government’s open data, the premier added that open data for value-added applications is an important strategy for promoting public governance, innovative services and overall economic development.