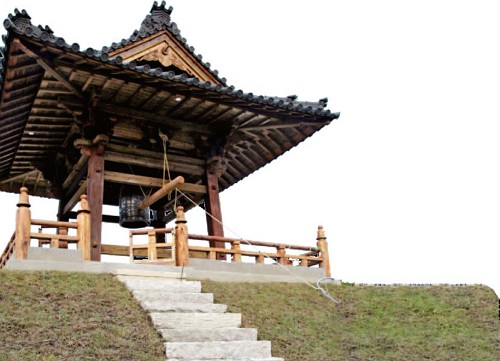 As time has changed, so has the environment around us. Established for 130 years, the city of Taipei had inevitably gone through dramatic changes before our eyes. It has been part of their daily lives as residents of Taipei City walk down a street with antique buildings on their left and modern architects on their right. This glaring contradiction had once made us wonder: are we leaving these relics neglected and decayed? In order to bring these old places back to their initial days of glory, Taipei City government had made effort restoring historic relics such as the Nishi Honganji Temple (Xi Ben Yuan Temple), the Wanhua Youth Park, and the former Air Force Command Center, turning them into great tourist attractions for public use and viewing. Nishi Honganji Temple brings you back to yesteryear When speaks of Taipei’s Wanhua District, what always comes to mind, is the pilgrim-packed Longshan Temple, and the hustle and bustle of the Ximending. However, as you wander along Zhonghua Road, what presents before you is a secluded place with tranquility and ancient beauty. Nishi Honganji Temple, also known as Xi Ben Yuan Temple in Chinese, is a Japanese-style architecture characterized with neat brick trail and fresh green lawn. It was the largest Japanese Buddhist temple in Taiwan during the 1895-1945 colonial period. Restored and reintroduced, the Nishi Honhanji Temple takes you away from the hassle of the city and brings you back to the old-time Japan.

The photo shows Nishi Honganji Temple (Image courtesy of Taipei City Government) Youth Park tells you story of Southern Wanhua Wanhua District has enjoyed a long history of rich culture. On the one hand, the well-known Bopiliao Historic Site, Tang-Bu Park, and Nishi Honganji Square represent the rich cultural and artistic characteristics of Northern and Central Wanhua. Southern Wanhua, on the other hand, presents a vastly different atmosphere. As an old military family quarter, Southern Wanhua has its own distinctive culture and vibe. In order to promote balanced development of Northern and Southern Wanhua, the Youth Park (Qingnian Park) reading room was turned into “Wanhua Story House,” displaying the history and culture of Southern Wanhua. Now the place has the opportunity to preserve its distinct culture and tell its own story. Former Air Force Command Center welcomes your visit with open arms On downtown Renai Road, lies a stern and handsome red brick building with an Air Force badge hanged up high. This is the former Air Force Command Center, also known as the former Air Force Command Headquarters. Over 60 years of being strictly guarded, the Command Center was transformed into an art space, and finally was open to the public in 2014, in an effort to make people aware of more about the history and culture of Taipei city. After reading this article, don’t forget to visit these attractions yourself. You’ll find that these buildings are old but flowed with new vigor, a classic blend of traditional and modern, sketching out the elegantly attractive mien of the Taipei city.