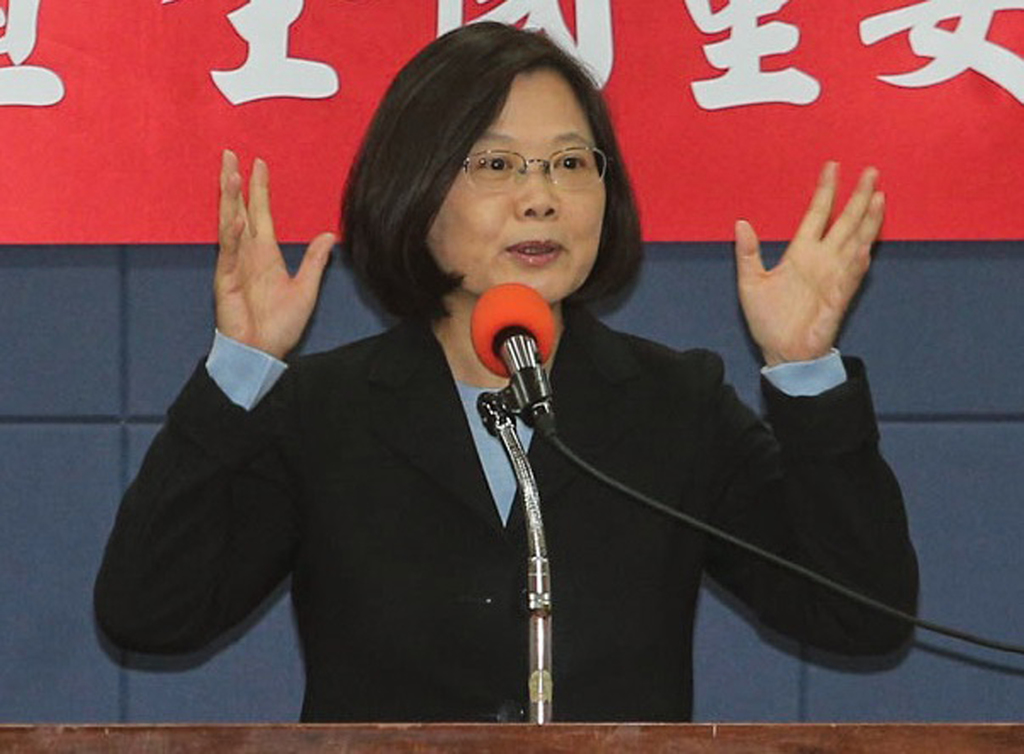 TAIPEI (Taiwan News) – Democratic Progressive Party presidential candidate Tsai Ing-wen on Tuesday urged the government to be cautious on plans by the world’s largest contract chip maker, Taiwan Semiconductor Manufacturing Co. to build a wafer plant in China.
According to reports, the 12-inch wafer factory planned for Nanjing in Jiangsu Province would not transfer significant technology from Taiwan.
However, Tsai cautioned the Ministry of Economic Affairs to exert caution when reviewing the application process. She called for transparency but also demanded attention for eventual Chinese investment in the semiconductor design sector.
TSMC, headed by popular Taiwanese businessman Morris Chang, wants to fully fund the Nanjing project by investing US$3 billion (NT$97 billion). Production of 20,000 units per month of the sophisticated 16-nanometer chips should begin after the middle of 2018, according to the company’s projections.
Tsai rejected reporters’ insinuations that Chang’s plans meant he was worried about the China policies of an eventual DPP administration, which is highly likely to take office next May if Tsai wins the January 16 election.
The presidential hopeful said the government should make sure that crucial advanced technologies remained in Taiwan, even though businesses had the need to expand worldwide.
The government should maintain transparency in its review process and heed the concerns of the public about accompanying measures and preconditions for the moves of companies like TSMC, Tsai said.