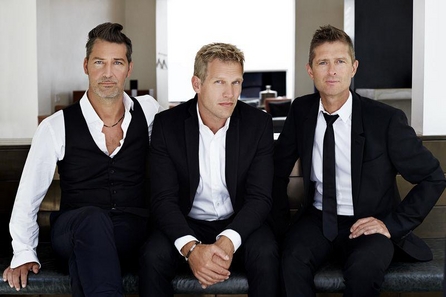 According to media reports, Michael Learns to Rock said they wish to see beautiful Taiwan outside of Taipei when they come to perform in a concert in January 2016.

MLTR was quoted as saying that they only stayed in Taipei during their previous two concerts in Taiwan, so they wish to go to other places in Taiwan when they come for the upcoming concert.

They would like to take this opportunity to see beautiful sceneries around Taiwan because they heard Taiwan is so beautiful, MLTR was quoted as saying.

It was 8 years ago when MLTR last performed in Taipei. The upcoming concert was originally scheduled to take place on November 4, but was delayed due to problems with transporting hardware for the concert such as the stage and lights.

After arrangement by Global Superstars Entertainment, Michel Learns To Rock 25 LIVE was finally announced on Tuesday to take place at 7:30 PM on January 30, 2016 at the Taipei International Convention Center.

Fans have been excited about what a different live show MLTR will bring to the audience since September when the news of the upcoming concert broke.

MLTR is excited about the coming concert in Taipei too, and was quoted as saying that they will bring a brand-new show with lots of visual effects and many songs from their old albums so as to take fans through their whole singing career.