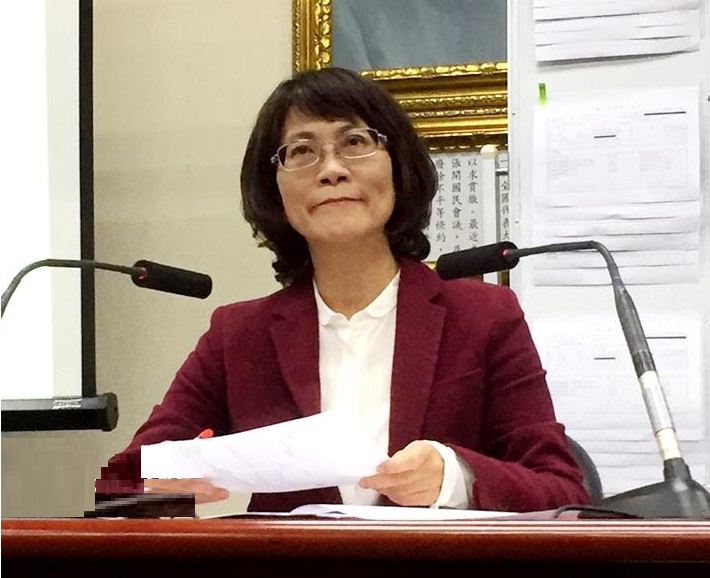 TAIPEI (Taiwan News) – Following repeated allegations, Kuomintang vice-presidential candidate Jennifer Wang admitted Tuesday that she had bought twelve military apartments and sold nine of them at a profit.
Her latest explanations follow weeks of accusations that she profited from real estate speculation involving the purchase and sale of apartments targeted at low-income military families. The allegations have damaged the image of the KMT ticket further, just five weeks from the January 16 elections.
At a special news conference she called Tuesday to respond to the stream of allegations, she said that before 2003, she had bought twelve military apartments and sold nine of them at a total profit of NT$13.8 million (US$420,000).
At present, she still owned three of the apartments, one in her husband’s name, one owned by a sister and one by their mother, she said. Wang added she would donate the full profit from the earlier sales to charity.
She said she had learned of military apartments as an investment through a real estate broker she had met when she was working as an attorney. The practice was entirely legal, she told reporters, even though she apologized because it did not seem proper behavior for a vice-presidential candidate.
Wang added that she had never tried to hide her actions, because all the transactions had been reported to the proper authorities. However, she admitted she had not prepared her documents properly, causing the public and KMT campaign chief Jason Hu to fail to understand the situation, which was her fault. At her news conference, documents reporting her tax filings were fixed on boards behind her.
Last week, Wang sued Democratic Progressive Party legislator Tuan Yi-kang for aggravated defamation over his accusations that she had speculated on at least 19 military apartments. The case is unlikely to be heard or decided before election day, reports said.
She recently also moved out of a low-rent apartment with her husband, who as an official of the Judicial Yuan was entitled to the dwelling.
On Monday, Hu said the issue was already starting to affect the presidential election campaign. KMT presidential candidate Eric Liluan Chu told reporters that Hu was only saying what many KMT supporters were thinking.
The presidential candidate added that no matter how one judged Wang for what she did before or after having joined the Cabinet, it should be fair. Wang was well-known as a labor and women’s rights activist before she was appointed Council of Labor Affairs minister in 2008, but her period as Cabinet member until 2012 has been slammed as having included record unemployment levels as well as wages falling back to levels not seen in more than a decade.