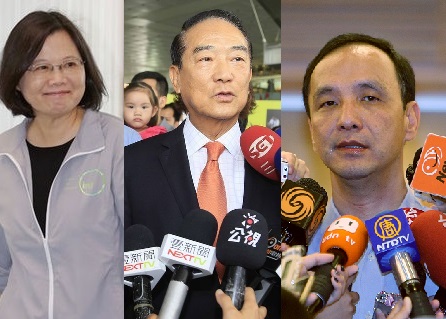 The three candidates will come to the same stage at the NTU Alumni Association Center at different times, starting 2:30 PM Tuesday December 8, Lee said. They will present their views in front of an audience of approximately 200 public service representatives, Lee said.

The presentations are held to examine presidential candidates’ political views on issues and policies regarding military officials, civil servants and educators, with which the representatives will evaluate each candidate, he said. The evaluation will affect the public service personnel’s collective voting intention, Lee said.

Every political party is slamming military officials, civil servants and educators for getting unreasonable benefits, but the NCSA’s position is against political manipulation of public opinions to win votes, Lee said, adding that he hoped no matter who wins the election, public servants should be invited to participate in reforming the country.

Some military officials, civil servants and educators are afraid of losing their jobs after the transition of power and are worried the whole day, Lee said.

After the candidates’ political presentations Tuesday, the association’s board of directors will meet to discuss whether to support a specific candidate or to remain neutral.