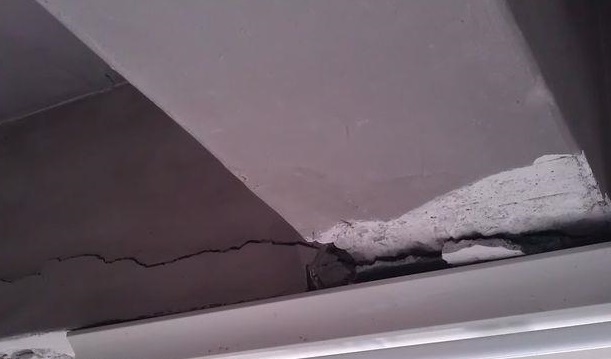 A sand scandal is brewing in Changhua, with concerns that low-quality concrete has been used in the construction of many of the country's public buildings - putting them at risk of collapse, reports said Monday.

The Changhua District Prosecutors’ Office has been carrying out inspections after sources suggested that a number of excavation companies in central Taiwan have been using sea sand in lieu of river sand and selling them to construction companies nationwide.

Sea sand, if used in reinforced concrete production, can severely reduce the structure's durability because of steel corrosion occurring at much higher rates than normal, a risk that building tenants are exposed to on a day-to-day basis.

Untreated sea sand is regarded by the industry as unsuitable for construction because it still contains chlorine and salt, which corrodes steel, whereas river sand from freshwater channels doesn't have that problem.

It can take only a few decades for a building to become dangerously unsafe if untreated sea sand is used in its concrete, including the possibility of collapse, authorities said.

While the common aggregate used in many modern buildings projects typically consists of crushed gravel or other rock (including sand), prosecutors said companies who were caught in the past confessed that sea sand have been used to cut down costs.

Although the scandal has been confined only to Changhua thus far, the possibility of unscrupulous practices in other parts of Taiwan is worrying, authorities said.

Prosecutors in Changhua have since summoned the 13 alleged excavation companies for questioning, of which 10 already posted bail as of Monday morning.