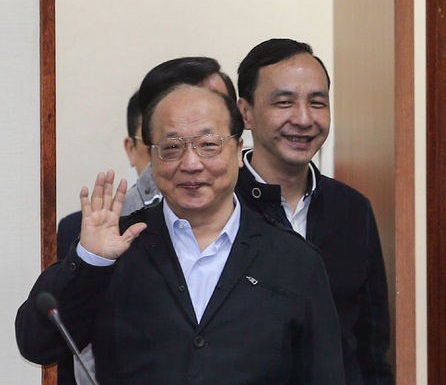 In an interview with the media, Hu confessed that the controversies surrounding Wang’s apartment transactions have become an unwelcome surprise for KMT. “We can’t deny that the controversies have brought negative impact to us” and angered some people who also own military-subsided apartments, Hu said, adding that it will hurt the country’s well-being if this incident drags on any further.

Negative issues are very easy to be stretched and cause even more negative reactions, and therefore the best way to deal with it is to face it, Hu said.

Wang might be a little neglectful of what this matter can bring, but elections are not only about being lawful, Hu added.

Hu said that he will discuss this matter with KMT presidential candidate Eric Chu, Wang and campaign headquarters manager Lee Shih-chuan to reach a common ground.

“If it were me, I would not make such investments,” Hu said.

Commenting on the campaign and opinion polls, Hu said that with 40 days away from the polling day, KMT still hopes to beat the heavily favored opposition candidate Tsai Ing-wen.