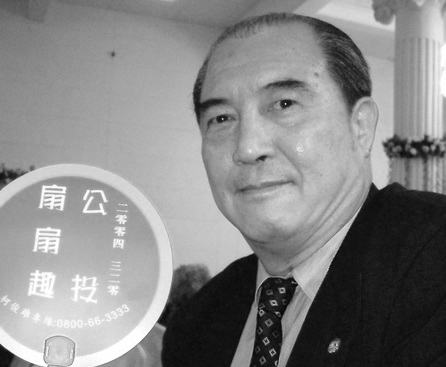 Ko Chun-hsiung, one of the best known Chinese actors of his generation, has died, his agent said early Monday. He would have turned 70 in January.

Ko reportedly died of lung cancer, which he was first diagnosed with in 2014. Sources said that the actor died late Sunday in a hospital in Taipei.

Born in Kaohsiung on January 15, 1945, Ko's acting career spanned half a century, highlighted first by his leading roles in adaptations of best-selling romantic novels and then his portrayal of military heroes in China's war of resistance against Japanese invasion during World War II.

In 1968, he became the first Taiwanese to win the best actor award at the Asia Pacific Film Festival for his role in Lonely Seventeen. He won in the same category at the festival seven years later.