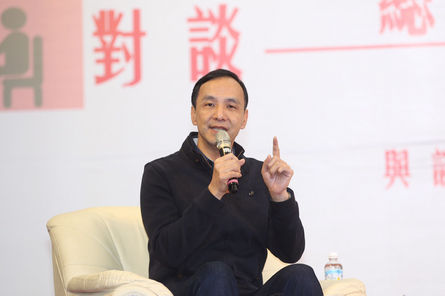 Taking about the issue of high housing prices, Chu said the government can build social housing, but finding spaces would be a problem, particularly in the Greater Taipei area.

Instead, he said that it is more practical to release the 360,000 empty apartments in the Greater Taipei area to young people, and to accomplish this objective, tax reform would be very important. The government would provide young people with rent subsidies at first for renting houses, and after 5 years the government would instead offer interest subsidies on housing loans to help them buy homes.