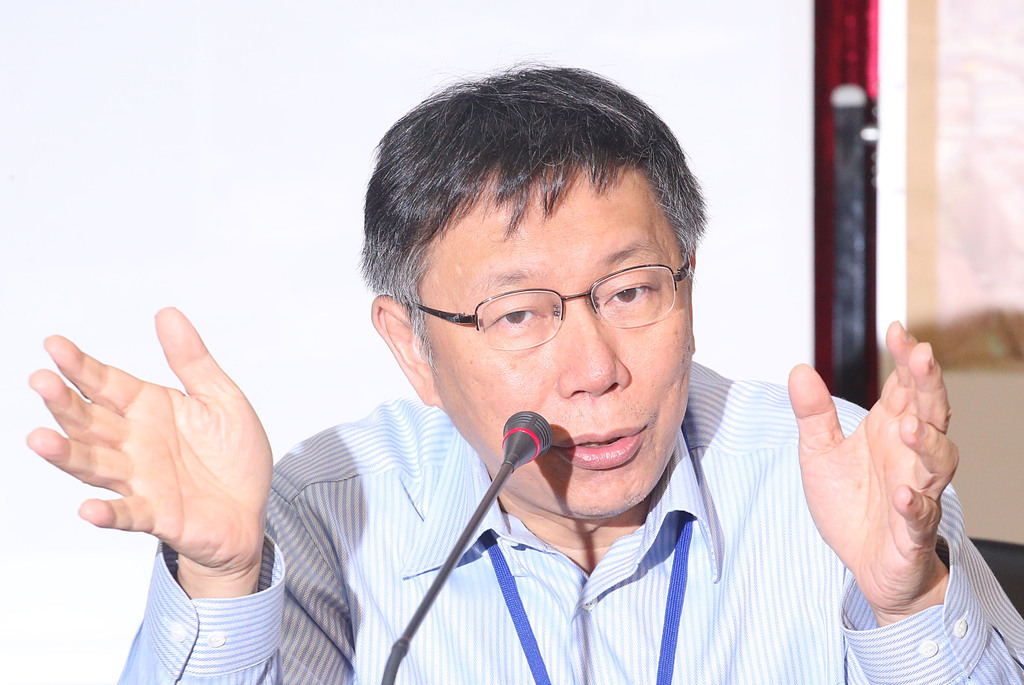 TAIPEI (Taiwan News) – Taipei City Mayor Ko Wen-je reacted mildly Saturday to criticism from both former President Lee Teng-hui and from his former rival Sean Lien.
Since winning the election in November last year, the outspoken surgeon has generally been able to maintain high popularity ratings, though sometimes his style comes under attack.
Lee slammed his world view, saying doctors did not look far enough. He particularly criticized the city government’s handling of urban development in the flood-prone Shezi Island area.
Ko responded Saturday by describing the former president’s comments as honest, and he also acknowledged that ever since taking office last December 25, he had mostly been occupied with the solution of problems created before him, such as the Taipei Dome stalemate.
However, his administration had also outlined a plan for Taipei City’s development until 2050, while a number of long-term projects were becoming clearer, such as the plan to move Taipei Songshan Airport out of the city center, Ko said.
Attending a Kuomintang party event Saturday, Lien reportedly used a typical Chinese four-character expression to imply that Ko’s misdemeanors were too numerous to be listed. Lien was the KMT candidate in last year’s mayoral election, and lost to Ko by about 41 percent to 57 percent.
Ko said he wasn’t too offended by Lien’s remarks because his former opponent had been rather polite compared to the criticisms he had to hear from talk shows on almost a daily basis.