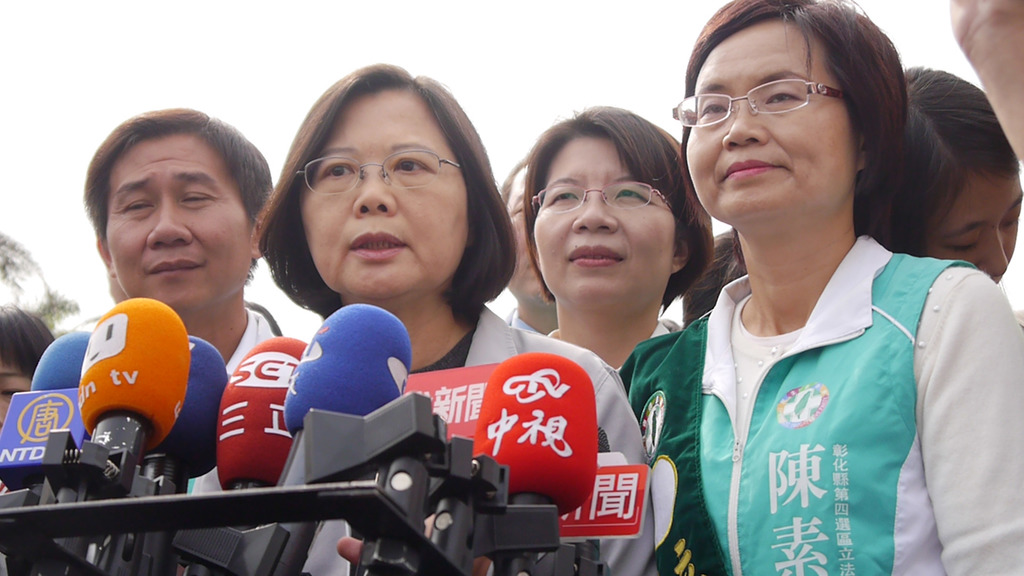 In achieving the goal, the DPP hopes to find a structural solution regarding premium subsidies for all non-Taiwanese students to ensure equal treatment for these students, Tsai said when asked about the issue during a campaign trip to Changhua County.

She said the DPP hopes to deal with the issue fundamentally, instead of just amending the Act Governing Relations between the People of the Taiwan Area and the Mainland Area.

The DPP has voiced reservations in the past over extending health coverage to Chinese students, fearing it would impose a heavy financial burden on the system if the government were to subsidize 40 percent of their premiums, as it does for other international students.

On the enrollment problems faced by local universities, Tsai said that besides Taiwan's declining birth rates, the gap between the education students receive and their ability to find a job is another challenge for the country's higher education system.