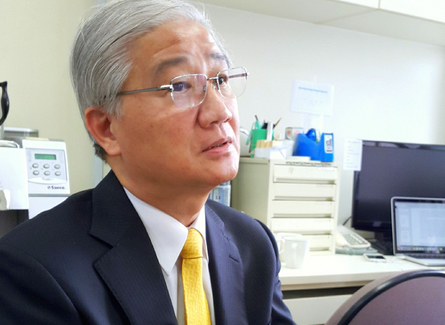 TAIPEI (Taiwan News) – National Taiwan University law professor Chen Chih-lung has unveiled an alliance to “refuse eating excrement produced by Ting Hsin International,” reports said Saturday.
The move was the latest indignant reaction to the November 27 not-guilty verdict at the Changhua District Court for former Ting Hsin Chairman Wei Ying-chung, the businessman at the core of an adulterated cooking oil scandal uncovered last year.
The judges had seen “black” but said it was “white,” Chen said about the court ruling, adding it had moved him to stand up and speak out, because otherwise, people studying and practicing law would no longer be able to discern right from wrong.
The legal expert rejected the theory that the Changhua District Prosecutors Office had not worked hard enough on its charges, for which it had requested the court to sentence Wei to 30 years in prison. After the verdict, the prosecutors said they would file an appeal with the Taiwan High Court.
Chen faulted the court for focusing too narrowly on the case of the pigs in Vietnam which had been used to produce oil mixed with the product to be sold by Ting Hsin to Taiwanese consumers. Because the court said the prosecutors had not proven there were problems with the pork, it wrongly concluded that the end product – the Ting Hsin cooking oil – was fit for human consumption, Chen said.
The professor also said that a main factor at the trial should have been Ting Hsin’s clear intent to mislead the consumer about the ingredients in its oil. The animal feed-grade oil imported from Vietnam was mixed and the end product was passed off as suitable to be consumed by humans, he said.
Chen and other members of his new alliance, which included academics, food safety experts and lawyers, said they would expand the boycott of Ting Hsin products to the stores which sold those products, making it impossible for the food group to make money.