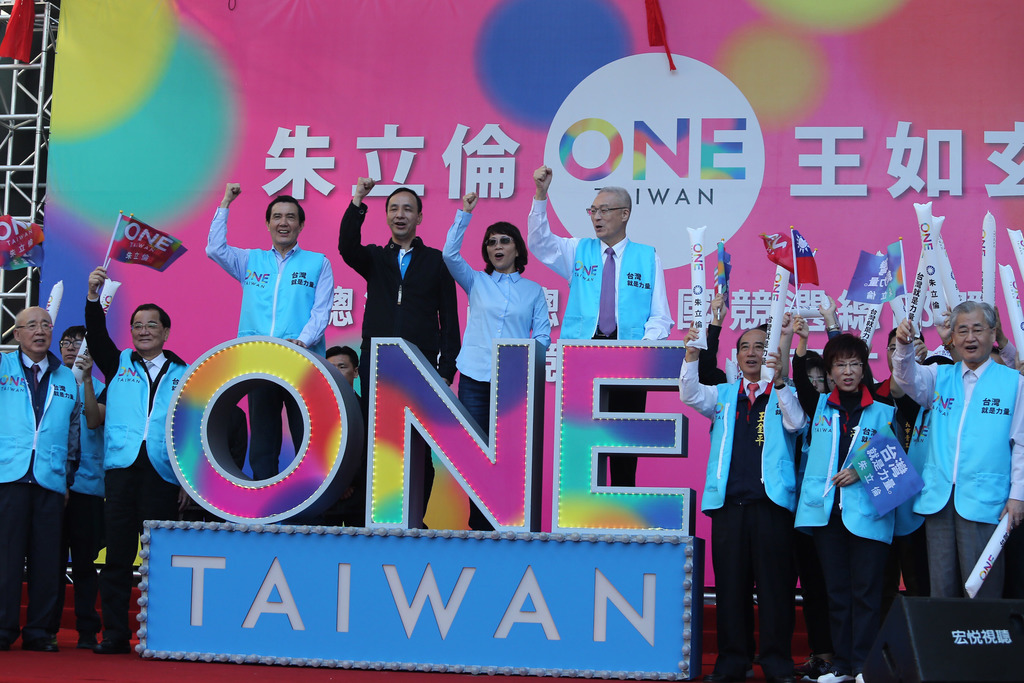 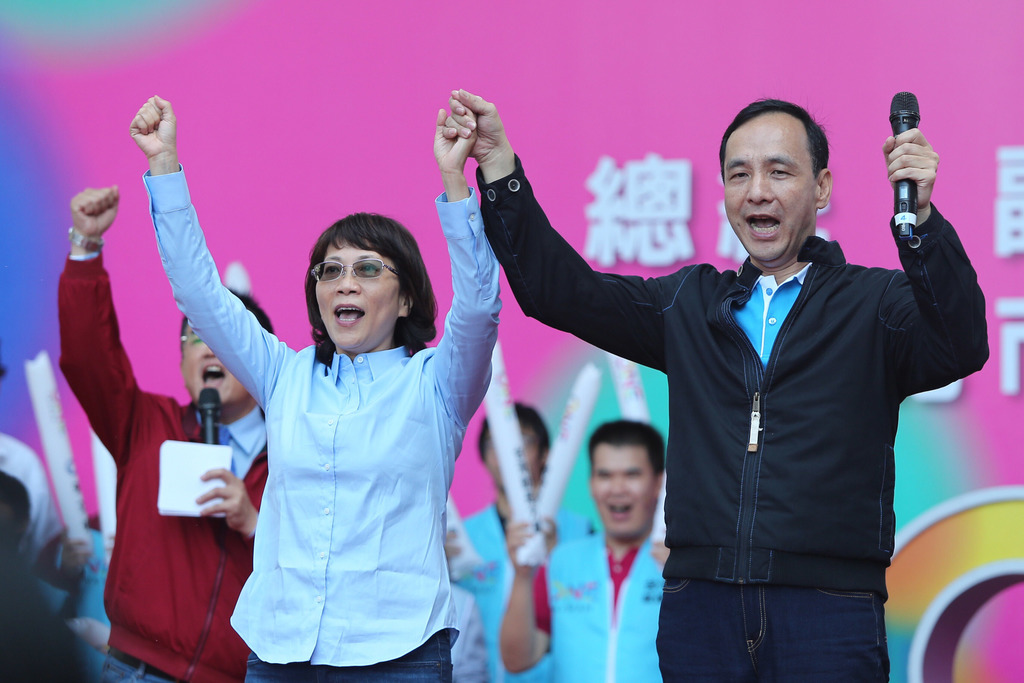 TAIPEI (Taiwan News) – Kuomintang presidential candidate Eric Liluan Chu inaugurated his national campaign headquarters in Taipei City Saturday in the presence of President Ma Ying-jeou and of his predecessor Hung Hsiu-chu.
Chu was only nominated last October after a KMT congress canceled Hung’s role because of faltering opinion poll performance and divergent China policies.
She addressed her supporters Saturday, calling on them to “let bygones be bygones” and to support Chu for president in the January 16 election. The party chairman visited her Thursday evening in a move widely interpreted as a gesture of reconciliation. She accepted an appointment as head of a campaign advisory group.
Chu publicly embraced her before mounting the stage at his campaign event, which was also attended by Legislative Speaker Wang Jin-pyng in another gesture meant to project party unity.
The presidential candidate’s speech emphasized national harmony, as related by his campaign slogan, “One Taiwan,” and the need for good relations with China. He called on “the force of silence” to stand up and to vote for the KMT on election day.
Ma told the crowds that three key elements of importance in the election were a sufficient energy supply, cross-straits peace and the “1992 Consensus.” As on several recent occasions, he described the opposition Democratic Progressive Party’s promise to end nuclear energy by 2025 as unrealistic because there would not be enough alternative energy available by that time.
The opening of Chu’s campaign headquarters saw a gathering of top government and KMT leaders, ranging from vice-presidential candidate Jennifer Wang to incumbent Wu Den-yih and his predecessors Vincent Siew and Lien Chan. The presence of KMT Honorary Chairman Wu Po-hsiung and of Lien’s son, former Taipei City mayoral candidate Sean Lien, was also reported by the media.
Opinion polls have for months predicted a comfortable election victory for DPP Chairwoman Tsai Ing-wen, with the replacement of Hung by Chu barely making an impact. Surveys roughly put Tsai at a support level of around 45 percent, Chu at about 20 percent, and People First Party Chairman James Soong inside a range from 10 to 15 percent.
On January 16, voters will also pick a new 113-seat Legislative Yuan, where according to some predictions, the DPP and its allies might for the first time ever win a majority.