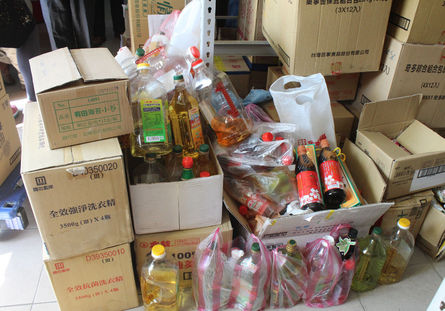 TAIPEI (Taiwan News) – The Supreme Court on Thursday rejected a special appeal by the prosecutor-general to confiscate NT$1.85 billion (US$56.3 million) in alleged illegal profits made in a food safety scandal by Chang Chi Foodstuff Factory Co.
The ruling came less than a week after the Changhua District Court found former Ting Hsin International Chairman Wei Ying-chung not guilty in another major case centered on the adulteration of cooking oil with products alleged to be unfit for human consumption.
In Chang Chi’s case, the Ministry of Justice recently sent a proposal to the Legislative Yuan to approve the confiscation of illegal profits made by individuals, businesses and organizations, but it had yet to be passed, reports said.
Chang Chi top manager Kao Chen-li mixed low-quality oil varieties and passed the finished product off as olive oil and other high-quality cooking oils, making considerable profits in the process.
The businessman was sentenced to 12 years in prison, but Chang Chi was not regarded as a person but as a body which could not be the author of a crime and therefore not be the target of confiscation, so it could not be forced to pay back the NT$1.85 billion, the courts ruled.
Because of public outrage over the apparently lenient treatment of the company, Prosecutor-General Yen Da-ho filed a special appeal with the Supreme Court, but that was rejected Thursday.
The Chang Chi case triggered a first wave of closer looks at the practices of manufacturers and distributors of cooking oil in 2013, which eventually also led to action against Ting Hsin one year later.