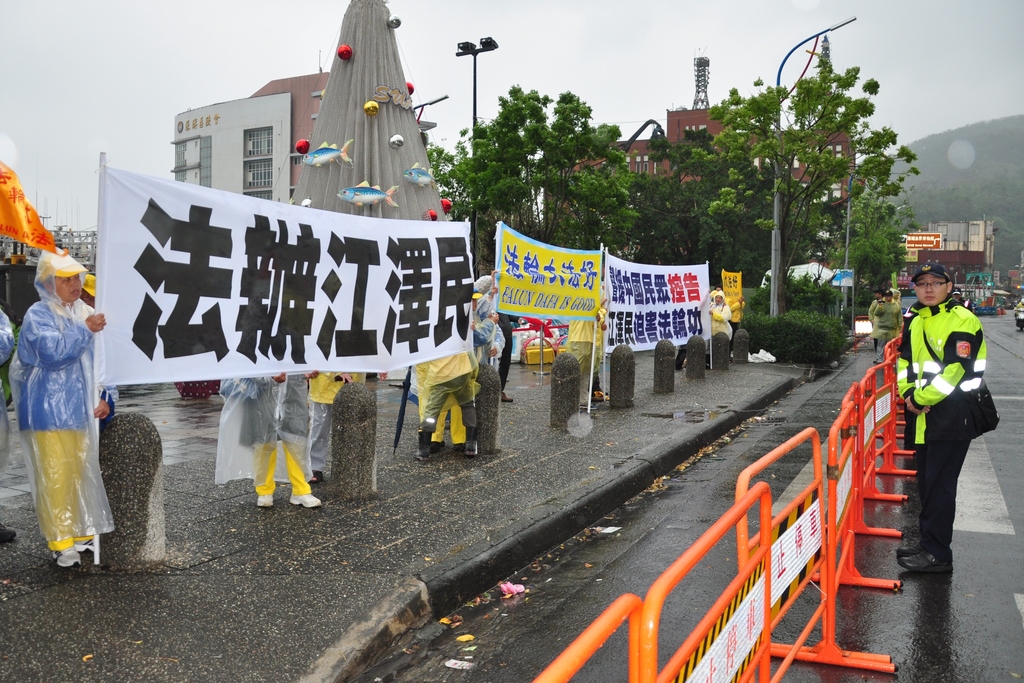 Protesters in Ilan against agricultural pact

Protests against the ongoing visit by China’s Association for Relations Across the Taiwan Straits (ARATS) Chairman Chen Deming rages on as the latter headed to Ilan on his fourth day tour around the island, reports said Thursday.

More than a dozen police had set up a perimeter around the Angong Matsu temple in Yilan County's Nanfangao for fear of a clash between protestors and Chen’s entourage.

Green Party’s Ilan County legislative candidates Wu Shao-wen and Sun Bo-yu had arrived at the scene earlier to stage their protest but were later escorted away by local officers.

More than a dozen protesters shouted slogans protesting plans to allow the opening of various Chinese agricultural produce into the country, including rice, green onions, garlic, cabbages, carrots, celeries, mushrooms, spinaches, and so forth.

“President Ma Ying-jeou is selling out Taiwan bits by bits!” Wu shouted as he was dragged away by the police.

Over 20 Falun Gong practitioners were also amongst the group of protestors in the morning, who laid their banners around the entrance of the temple urging authorities in Beijing to stop prosecuting and torturing their members in China.

Protesters from the Taiwan Solidarity Union (TSU) also arrived on the site shortly afterward and were promptly surrounded and blocked from entering the square by police, leading to a second stand-off.

According to reports, Chen is expected to head to the Silks Place Yilan Hotel later for a lunch reception.