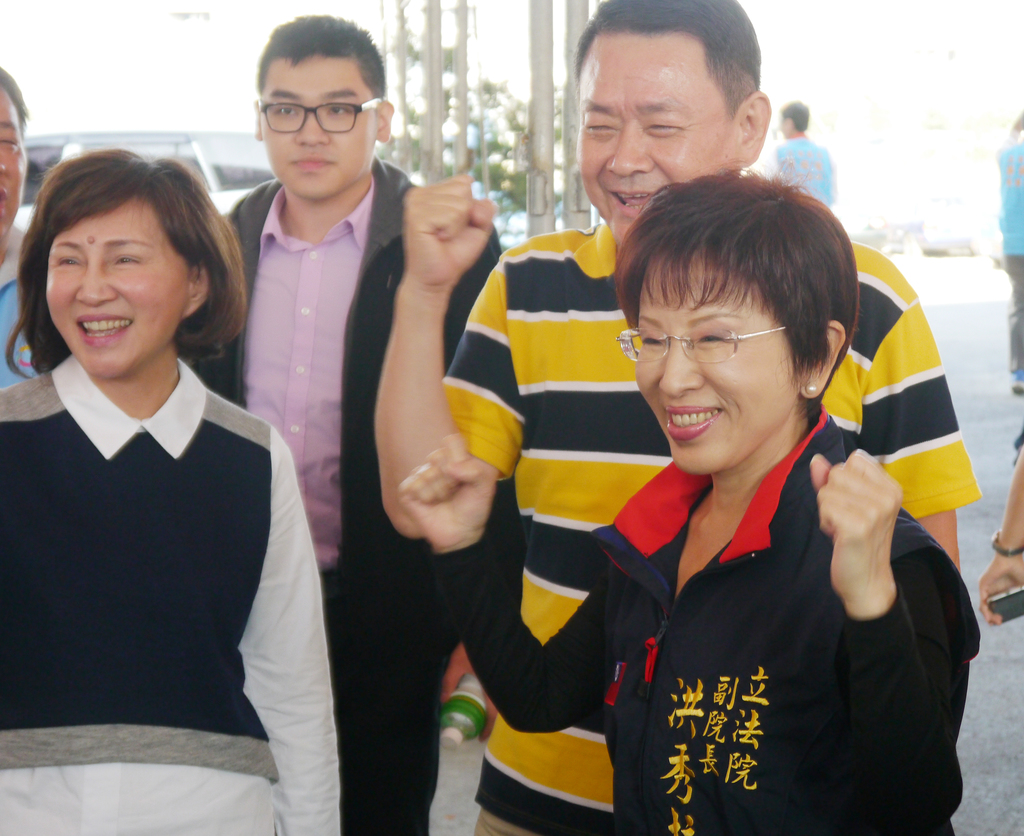 Hung not invited to opening of Chu HQ

TAIPEI (Taiwan News) – Former Kuomintang presidential candidate Hung Hsiu-chu said Wednesday she had not been invited to the official opening of the campaign headquarters of the man who replaced her, party chairman Eric Liluan Chu.
On October 17, a KMT congress ended Hung’s candidacy because of poor poll ratings and China policies and replaced her with Chu, but his performance in the opinion polls has not been optimal.
At the presentation of a book entitled “The Presidential Road I Didn’t Walk to the End,” Hung said that even though the opening of Chu’s headquarters had been scheduled for Saturday, she still had not received an invitation yet.
December 5 was a propitious day to organize similar events, so many legislative candidates were staging the opening of their campaign headquarters too, Hung noted, indicating she might attend some of those events instead.
The most important thing was to make sure that the KMT did not lose too many seats, she said. While Democratic Progressive Party Chairwoman Tsai Ing-wen has been leading the polls for the presidential election for months, it is less certain what will happen in the legislative elections also scheduled for January 16. Some commentators say the DPP and its allies might win an absolute majority in the 113-seat Legislative Yuan for the first time ever.
“One should go to the place where one is needed the most,” Hung said, adding she might start the day moving from one legislative campaign office to another. Hung, who still holds the post of legislative vice speaker, is not a candidate. She said the top party leaders would no doubt be present at Chu’s event.
Looking back at her presidential bid, she said she would be fooling people if she said she was not sorry about the failure of her campaign. Hung was the only KMT member to run in the party’s primaries before succeeding in crossing every hurdle and winning the nomination at a congress.
However, in the opinion polls, she fell back as much as 30 percent behind Tsai, while her views on relations with China were deemed too pro-unification to convince mainstream voters.