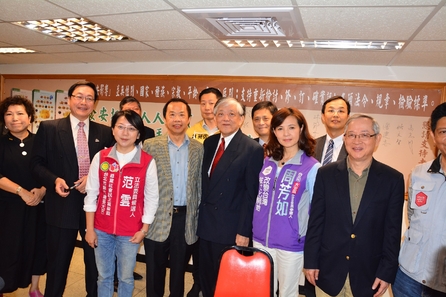 Voicing in appreciation of the book, the announcement in Taipei garnered politicians from all parties, who also urged the government to review and regulate the nation’s food safety guidelines following the safety scandals that have plagued society in recent years.

Regarding the not-guilty verdict on the Ting Hsin case, the CEO pointed out that everyone in Taiwan is entitled to define their own perception of the outcome, adding that the resulting boycott of Ting Hsin’s products is largely based on consumer awareness and their attitude toward food safety. As for how long will the boycott remain in place, Ko said it depends on consumers’ attitudes and persistence.

“Food inspection is a must but it’s not the only method,” he said, although acknowledging that the government lacks the mechanism to monitor raw materials circulating in the country.

“Recycled oil is ever so prevalent in the world today, and it’s not a problem that is exclusive to Taiwan,” Ko explained, adding that he believes the ever-evolving technology will help authorities to become more effective in future when it comes to determining the standards on food quality.