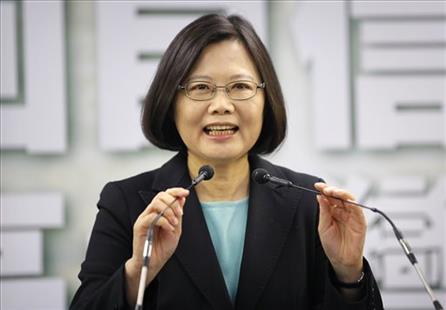 Chu’s long-term senior care plan would require upwards of NT$110 billion, NT$40 billion of which would come from the government and the rest would be footed by employers and salary earners on top of their health insurance, and that would constitute a heavy financial burden to them, Tsai said, adding that Chu has no plans for the government-funded NT$40 billion either. Tsai made the rebuttal at a facial and hair beauty competition on her campaign trail Tuesday.

DPP is to fund the NT$40 billion with designated taxes and build a comprehensive public service, making long-term senior care a universal service for every community, Tsai said. Only after the system is established would the next step be taken, she added.

Refuting Chu’s proposal to encourage private investments to participate in building the long-term care system, Tsai said the plan to involve profit making institutions would only make long-term senior care very expensive and unaffordable by the underprivileged. With the current economic and industrial situations in Taiwan, the system would constitute a heavy burden to the general salary earners and even employers.

KMT has delayed building a long-term senior care system in the past seven years of ruling, which has in turn created today’s time and financial dual pressure.