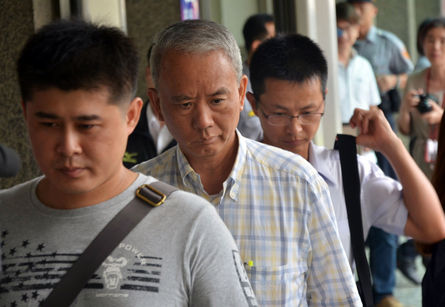 Ministry of Justice (MOJ) Deputy Director Lin Hui-huang said during a question-and-answer session at the legislature in the morning that the ministry backs the Changhua prosecutors for an appeal, saying the verdict passed down by the district court has turned out far from expected.

On Friday, former Ting Hsin International chairman Wei Ying-chung and six other defendants were found not guilty by the court for their alleged role in the food safety scandals.

The prosecutors had been unable to prove that raw materials for oil imported from Vietnam were not suitable for human consumption, the court ruled.

About a year ago, the public was outraged as it was discovered that various types of cooking oil had been adulterated with a range of products which should not be served to humans, including waste and industrial products. Ting Hsin, a multinational group led by the four Wei brothers, was accused of being at the core of the scandal.

“The Changhua prosecutors have worked too hard to come to such disappointing results,” Lin said, adding that the judges should have been more conscientious over the evidence provided, rather than choosing what to examine based on their own reasoning.

The Ting Hsin ruling has since drawn sharp criticisms from lawyers, politicians and netizens, where some even questioned whether the nation's courtrooms also needed a "transition of power" in 2016.