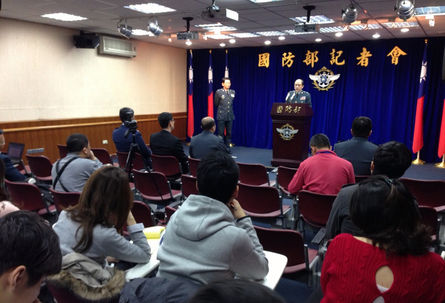 The Ministry of National Defense (MND) confirmed that two of its senior intelligence agents kidnapped and held by China for the past nine years have been released and repatriated to Taiwan in October in exchange for one of its own, reports said Monday.

The spy swap marked the first of its kind across the Taiwan Strait following the meeting between President Ma Ying-jeou and Chinese President Xi Jinping in Singapore last month.

“The two agents have since returned from Beijing on October 13 after a unilateral agreement reached on both sides,” ministry spokesman Major General David Lo confirmed in the morning, citing that Hong Kong national Li Zhihao, who was serving a life sentence for espionage in Taiwan, had his request for a parole granted and was also released in late October after spending 16 years in jail.

Meanwhile, military Intelligence Bureau Colonels Chu Kung-hsun and Hsu Chang-kuo were kidnapped in Vietnam and taken to China in 2006.

Colonel Chu was the highest-ranking Taiwanese intelligence officer to be arrested in China in a decade, who was in charge of the Military Intelligence Bureau's spying work in the mainland. According to reports, prior to Hong Kong’s return to China in 1997, the bureau directed its intelligence-gathering in China from the territory, but afterward moved its operations to Southeast Asia. At the time, the colonel was in charge of a dozen intelligence stations in the region.