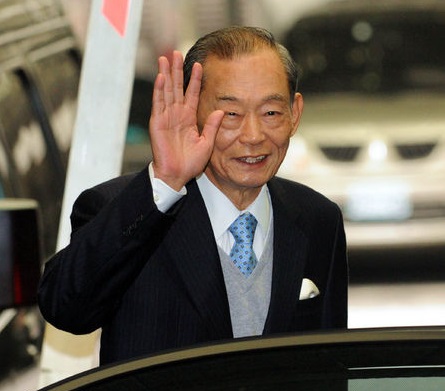 TAIPEI (Taiwan News) – Real estate and media tycoon Lin Jung-san passed away at the age of 76, reports said Saturday.
Lin headed a business group which included interests related to construction and real estate, as well as the Union Bank of Taiwan and the Liberty Times newspaper group.
He died at home Saturday afternoon of the consequences of a tumor in combination with faltering heart and lung functions, reports said.
While rarely appearing in public or giving comments on events, Lin often featured on the list of Taiwan’s 20 wealthiest business leaders. Forbes Magazine estimated his wealth at US$4.4 billion in May of this year.
He and his two brothers were sometimes described as the “Sanchung Gang” due to their origins in the New Taipei City district of Sanchung. His older brother Lin Yu-lin is also a real estate developer who often features on lists of the wealthiest Taiwanese.
Lin once served as vice president of the Control Yuan, the nation’s top government watchdog, and was seen as a supporter of then-President Lee Teng-hui. In recent years, his media outlets have been described as close to the opposition Democratic Progressive Party and to pro-Taiwanese interests in general, while being sharply critical of China, the Kuomintang and President Ma Ying-jeou.