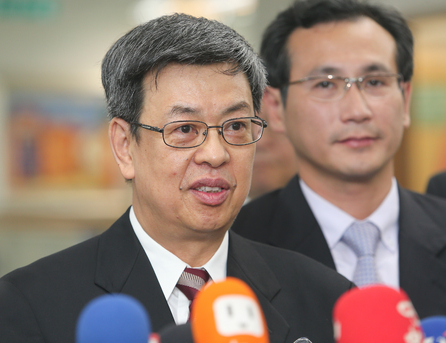 During Ma’s visit to a TSMC factory in Taichung on Tuesday, Chang said electricity supply constraints and protests from environmental protection groups were the main concerns he has for increasing investments in Taiwan.

As the world’s largest contract chipmaker, the company’s Taichung project had been hampered by constant objections from environmentalists, who claims that industrial waste from the factory could threaten the surrounding environment and local communities.

“I urge party members to take a more practical approach over the matter, as Taiwan cannot do without additional nuclear power,” Ma said.

“Nuclear waste, for one, is a huge headache,” he said, adding that disposing toxic wastes is more expensive than other energy options. “Should the fourth nuclear plant be activated, it could create more problems than it already has.”

Chen strongly believes that solar energy has a way to go in Taiwan, as long as the government is determined to reduce the nation’s carbon footprint.

Asked if Ma’s insinuation can be viewed as a threat, the former academic said he doesn’t see it as a threat, but rather as a “lame excuse” by the president.

“How can a country move forward with green energy if the government is not even interested,” Chen said, noting that the Democratic Progressive Party already has a concrete plan to help Taiwan solve its energy problems.